Compiling a list of classic children's books from the 1970s was unexpectedly challenging! Most of the books I had previously read from this decade were already quite popular so I had to do a fair bit of research to decide which 1970s titles to read so I could determine what I wanted to include. 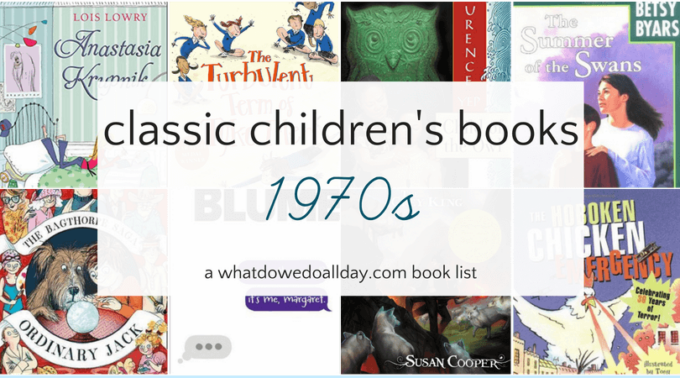 I think I’ve come up with a pretty selection of 197os books, though. It includes some well known and some lesser known titles. Most of these authors have dozens of well respected books under their belts and many are still writing today. That is great news for those of you looking to add even more books to your child’s reading lists. (Note: book covers and titles are affiliate links.)

What do you think? What 1970s children's books from the decade of disco balls and bell bottoms would you consider classics?

Roll of Thunder, Hear My Cry by Mildred D. Taylor. (1976) I remember being profoundly affected by this book when I was a kid. It won the Newbery and is the sequel to Song of the Trees, but it is not essential to read the books in order. Told from the perspective of a nine year old girl, this is an incredibly powerful book about an African-American family who struggles against racism in the South in their fight to keep their land and their dignity. If I were to make a list of books all children in the US must read, this one would be on it.

Ordinary Jack. (1977) Changing gears completely (!), Helen Cresswell’s amusing story is about an ordinary middle-child with an ordinary dog (appropriately named “Zero”) stuck in a brilliant and extraordinary family. Of course this is the perfect set up for comedy of all sorts! There are several more books about the Bagthorpe family and Cresswell, I believe (my British readers can confirm/deny this), is a well-known children’s book author in the UK.

The Master Puppeteer. (1975) Katherine Paterson has written so many books that could be on this list such Bridge to Terabithia and The Great Gilly Hopkins. I decided to include The Master Puppeteer simply because I love puppet theater! Hey, it’s a valid reason. Set in 18th century Japan, 13 year old Jiro goes to work for an exacting and cantankerous puppet master. He gets caught up in a mystery surrounding the theater and a Robin-Hood figure named Saburo. The suspenseful plot is exciting but not without a lot of reflection about what it means to be responsible to others.

The Summer of the Swans. (1970) Betsy Byers is another author whose work provided a treasure trove from which to choose a title for this list. I almost chose The Night Swimmers but instead picked Newbery winner, The Summer of the Swans. The action takes place over the course of a day when Sara’s mentally challenge brother, Charlie, goes missing. During the search, the previously self-absorbed Sara learns what it means to love and care for another person.

Are You There God? It's Me, Margaret. (1970) I know you’ve heard of this one, but every girl -- and boys too!-- aged 9 and older should read this book. It’s not just about the changes that come with puberty, Margaret explores what it means to have a private relationship with God. And parents: please, this is not a read aloud. The male counterpart of this book is Then Again, Maybe I Won't, a book I read as a kid and from which I learned a lot about boys!

The Turbulent Term of Tyke Tiler by Gene Kemp. (1977) This is English classic that, sadly, you might have difficulty finding in the US. School friends Tyke and Danny spend a lot of their time trying to extricate themselves from sticky situations. There is a surprising twist at the end which was probably more thought-provoking in the 70s than it is today, but will still make you contemplate how we create expectations for others.

Anastasia Krupnik by Lois Lowry. (1979) I so enjoy recommending books that other people have tried to get banned from their libraries. I wish I had known about Anastasia when I was a girl! Ten year old Anastasia makes lists, writes poetry that goes unappreciated by her teacher, deals with a new baby brother and an ailing grandmother. It’s sad and funny all at the same time. There are 9 Anastasia books in all, the last one published in 1995.

The Hoboken Chicken Emergency. (1977) This book is so crazy-hilarious. Even the title makes you want to laugh, and it’s perfect for reading just before Thanksgiving. The author, Daniel Pinkwater wrote the beloved picture book, The Big Orange Splot. When there are no turkeys to be found anywhere in Hoboken for Thanksgiving dinner, Arthur returns home with a chicken. The problem? The chicken is 266 pounds. Hijinks ensue. I read this aloud to my sons and they loved it.

Child of the Owl. (1977) Laurence Yep has written 10 books in the Golden Mountain Chronicles. The books follow the Young family over time (starting in the 19th C.) from their early immigration to California (The Land of the Golden Mountain) from China. In Child of the Owl, set in 1965, 12 year old Casey, an intelligent, funny and street-smart girl must leave her gambler father to go live with her grandmother, Paw-Paw, in Chinatown. Casey encounters prejudice and feels lost in this new world but Paw-Paw helps helps her strengthen her sense of self by sharing her Chinese heritage with her. Yep has a wonderful gift for writing compelling stories which teach us about the Chinese culture without coming across as preachy and didactic. He received a Newbery Honor for two other books in the Golden Mountain Chronicles. Yep is a new-to-me author and I look forward to reading more of his books.

The Grey King by Susan Cooper. (1975) I like to try and have at least one fantasy novel on these classic lists. It becomes more challenging as the decades go by, not because of the dearth of fantasy novels, but because it seems I've read fewer contemporary fantasy books than those written in previous decades. If you are a fantasy lover, by all means, leave a comment telling us which 1970s books to look out for! Inspired by Arthurian mythology, The Grey King is the fourth book in The Dark is Rising series.  After enduring an illness which has robbed him of some of the knowledge he needs to complete his quest, Will sets out to find a hidden magical harp which will wake the "Sleepers" who will provide essential aid in the impending battle between the forces of Light and Dark.  Cooper won the Newbery Gold for this book, an award which is not often bestowed on fantasy novels. 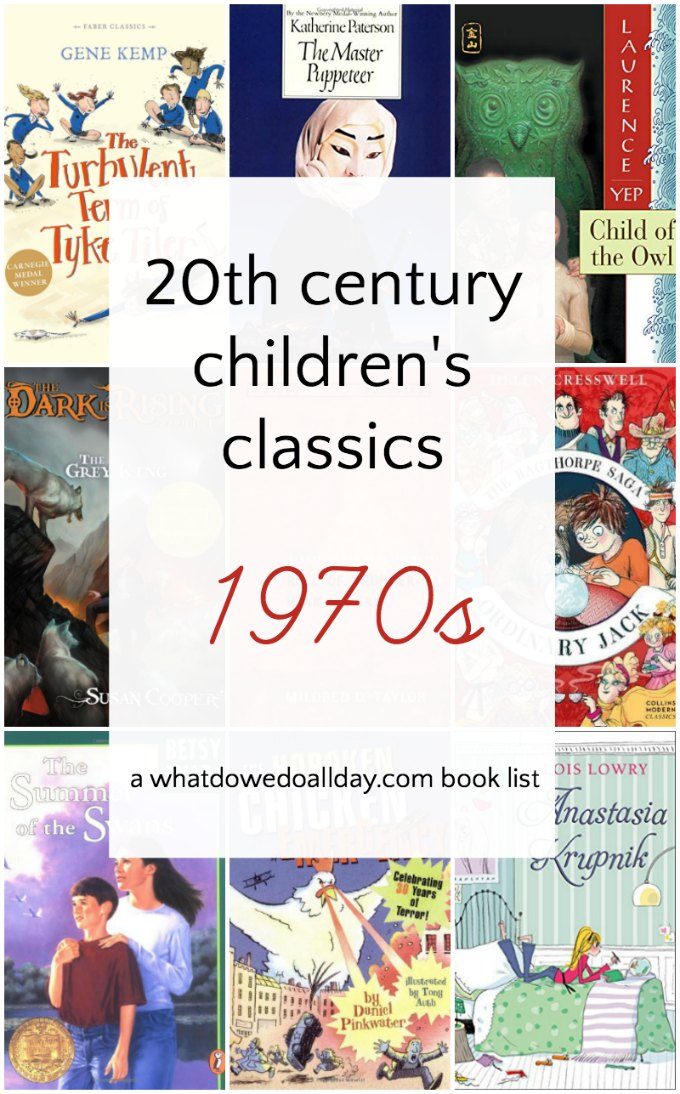