I found some wonderful classic children's books from the 1940s that kids and parents can still enjoy today. Let's take a look at a few, shall we? 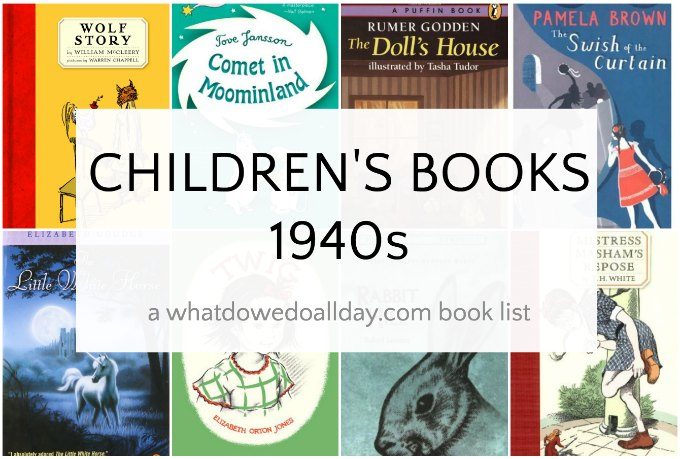 If you have been following my 20th century classic children's books by the decades lists (I love you.) then you know I have been bumping off the big name titles in order to introduce you to books which you might otherwise have passed by.

Today we're looking at 1940s children's books and course I wanted to include My Father's Dragon, Homer Price and Betsy-Tacy but they are already so popular and I've included them on several other lists (see my book list index for over 200 book lists!). So today, I know you will find some new favorites (Note: book covers and titles are affiliate links)

Wolf Story. (1947) Five year old Michael wants his dad to tell him a story about a wolf, and a hen named Rainbow, but as five year old will do, he keeps interrupting to instruct his dad on the story details. A humorous short novel great reading aloud to younger kids. This is the first book on my list because it only just came back into print and I don't want you to miss it!

The Doll's House. (1947) Not to be confused with a certain Norwegian play, Rumer Godden's story, written from the dolls' point of view, was one of my childhood favorites. A much loved doll family finally gets to move out of their shoebox house into an elegant Victorian manor. Only the manor comes with the beautiful but haughty doll, Marchpane. Tasha Tudor's illustrations are the perfect accompaniment. (Ignore the unfortunate contemporary cover above!)

Twig. (1942) This was another favorite of mine when I was a girl. With a few found objects Twig transforms her corner of Chicago into an imaginary, fairytale world. A little Elf, who comes out of a book shrinks her down to size so she can join the fairies... for a while. So sweet and charming it's hard not to love this book. A great read aloud for fairy-loving kids.

The Swish of the Curtain. (1941)  I'm including this 1940s children's book as a bit of an in-house favorite since the plot revolves around the theater. Written when the author was only 14 (!), the book follows the adventures of seven children as they produce and perform in their own stage company. If your children have read and enjoyed Noel Streatfield's Shoes books, this book should be next on the list.

Comet in Moominland. (1947) This is the first of Finnish author Tove Jansson's Moomin books. All the Moominbooks are gentle, quirky fantasy stories about a group of charming creatures. In this book Sniff and Moomintroll learn a comet is heading towards Moominvalley. Only the greatest of curmudgeons will not love Jansson's creations.

The Little White Horse. (1946) Goudge was a favorite author of the young J.K. Rowling for those of you who enjoy facts like that (as I do!). Orphan Maria Merryweather goes to live with her cousin in his beautiful home, Moonacre Manor. A secret and magical past surrounds the house and Maria find herself smack dab in the midst of an intriguing mystery in which she is the heroine.

The Twenty-One Balloons. (1947) This Newbery Medal book follows the journey of Professor William Waterman Sherman who crossed the Pacific in his hot air balloon only to land on the isolated island of Krakatoa. He finds a strange society centered on the wealth of the local diamond mine and escapes with them when the volcano erupts. There is much in this book to interest kids who love adventure and fantastical inventions.

The School for Cats. (1947) There are many sweet and funny books from Ester Averill about black cat Jenny Linksy and her urban feline friends. In this one Jenny goes off to cat boarding school where she encounters Pickles, the fire cat. Perfect for kids just delving into chapter books.

Rabbit Hill. (1944) Anthropomorphized animals in rural Connecticut hope the "New Folks coming" to their farm will will bring positive changes to the land. Things don't go quite as expected, however. A lovely read for those who love animal stories.

Have you read any of these 1940s children's books? Leave a comment and let us know. 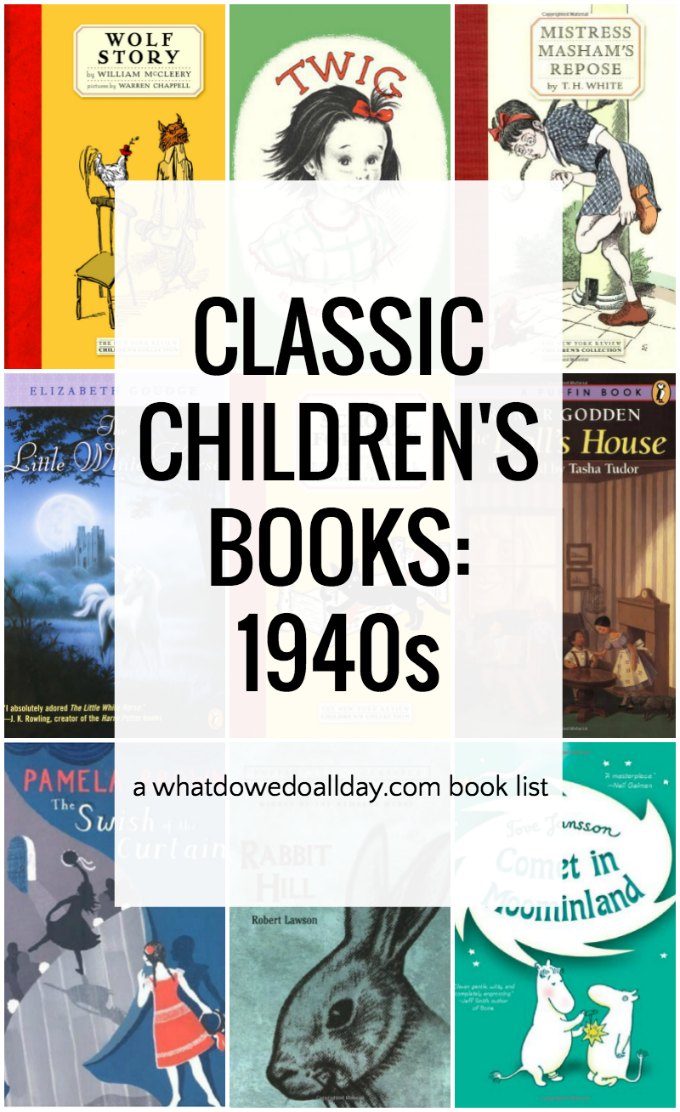