The summer before kindergarten is a bittersweet time. Kids may be feeling a little grown up and excited about starting school with the big kids. Or, they may be filling a little trepidatious about the prospect of spending more time away from home. You can ease the transition by spending lots of time bonding with your rising kindergarteners while reading the books on this kindergarten summer reading list! 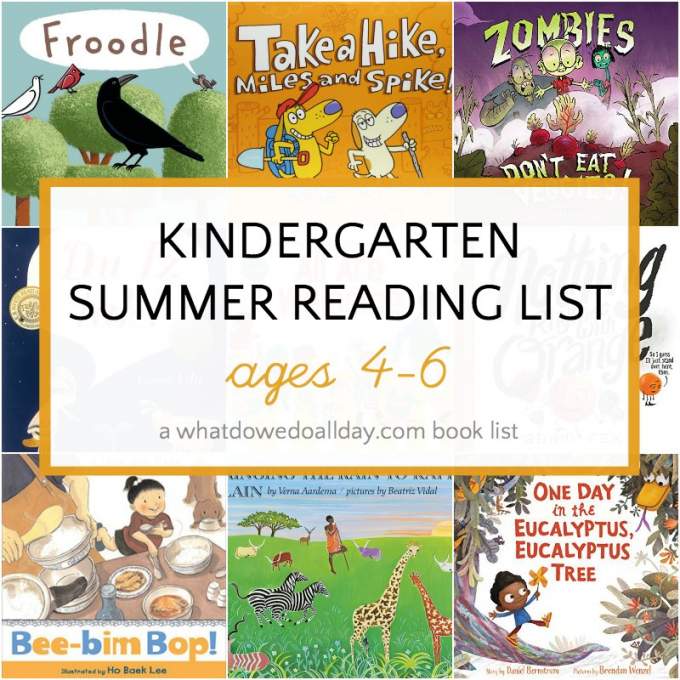 I wanted to make a summer book list for 4-6 year olds that had a fun learning theme without being alphabet and number books, so I came up with the idea of curating a list of books with great word play. This list focuses on rhymes, nonsense language, mixed-languages, puns, vocabulary and all around silly word play. I think the funny and quirky books on this list will make every soon-to-be-kindergartener smile. (Note: book covers and titles are affiliate links.) 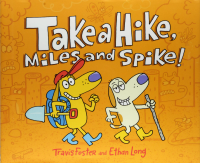 Take a Hike Miles and Spike by Ethan Long & Travis Foster. I thought this picture book was great fun to read aloud. Miles and Spike go on an outdoor adventure and rhyme their way through the wilderness. Super silly, hilarious and with a good message about learning to get along with others. 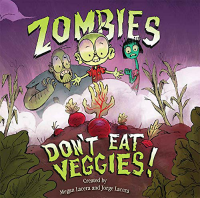 Zombies Don't Eat Veggies! by Megan Lacera. Puns can be a sophisticated type of word play for a 5 year old yet this book is so much fun and just right for that age. A young zombie loves veggies and wants to get his parents to understand, even though Zombies are not supposed enjoy a garden's bounty. His plan to get his parents to enjoy greens doesn't work out but they accept him for who he is. Sprinkled with Spanish words (easy to understand in context for non-Spanish speakers) add an extra layer of language and word play fun to this hilarious picture book. Also available in Spanish as Los Zombis No Comen Verduras!.

Nothing Rhymes with Orange by Adam Rex. It doesn't seem fair, does it? I mean all the other fruits have lots of rhyming words, but Orange is left out of the fun! Here's another silly take on the pleasures of rhyme and your kids won't be able to resist trying so very, very hard to think of a word that rhymes with orange. And in among the word play silliness, there is a touching story about Apple looking out for his friend, Orange.

All are Welcome by Alexandra Penfold is a timely book that reassures students that school is a safe and welcoming environment for children of all backgrounds, religions and identities. The rhyming text and colorful illustrations are wonderfully cheerful and the positive message will strike a chord with everyone. A welcome addition to any school library and perfect for soon-to-be kindergarteners!

One Day in the Eucalyptus, Eucalyptus Tree by Daniel Bernstrom. My son and I adored the rhythmic text of this book. A snake lies in wait for it’s next meal, gobbling up creatures as they cross his path. Little does he know that his meals and snacks are planning their escape from his stomach! Lots of fun and great for all ages.

Hush! A Thai Lullaby by Minfong Ho. I love this book so much and have recommended it several times, so it's not just for summer reading! After a mom puts her baby to sleep in a hammock she has to hush the sounds around her. Author Minfong Ho writes each animal's onomatopoetic sound and I like that they are unusual to English speakers. For example, the lizard says "tuk-ghaa", the pig says, "uut-uut." The gentle, rhythmic text creates such a lovely lullaby.

Du Iz Tak? by Carson Ellis is a whimsical and unique picture book, great for summer reading when you have lots of time to explore its meaning. The story revolves around the discovery of a sprout and its subsequent colonization by a group of curious and inventive insects. However, Ellis’s characters communicate with an invented language. At first I was skeptical, but the words are so incredibly fun to say and it is so well done that the meaning is clear, and by the end of the book, the reader actually believes he can speak this new language.

Bringing the Rain to Kapiti Plain by Verna Aardema.  Cattle herdsman Ki-pat recognizes the dire need for rain and pierces a cloud with his arrow to unleash the storms.  Told as a repetitive, rhythmic, cumulative tale (think: This is the House that Jack Built), it emphasizes the dependence of humans on the natural world. You will definitely want to read this one to your rising kindergartener when a summer storm hits!

Bee-bim Bop! by Linda Sue Park. Can we all agree that "bee-bim bop" is the best name for a food, ever? This fun family tale, told in bouncy rhyme, relates the enjoyment a young girl experiences when making her favorite dish. By the way, "bee-bim bop" translates as "mix-mix rice," which is almost as awesome a name. And of course you will want to make the traditional Korean dish with your own kids when you are done–which you can do since the book includes a recipe!

Froodle by Antoinette Portis. The first time we read this story my then-5 year old could not stop laughing! He wanted the book again and again. I think he liked it so much because he could identify with the desire to be silly and different from everyone else. All the birds in the neighborhood have their own sounds, they are well regulated and everyone knows his role. Then one day the Little Brown Bird decides not to make his regular peeping sound. One by one the birds discover the glory of trying something new, even — at last — the stubborn crow.