×
You are here: Home / Books / ABC Books for Kids that Parents Will Enjoy Too!
309 shares

Alphabet books are a staple of every child's reading diet. In fact, the first known ABC book was published in the 16th century! Fortunately children's books have come a long way since then. Unfortunately, lots of ABC books are still a big snoozefest, so what's a read aloud loving parent to do? 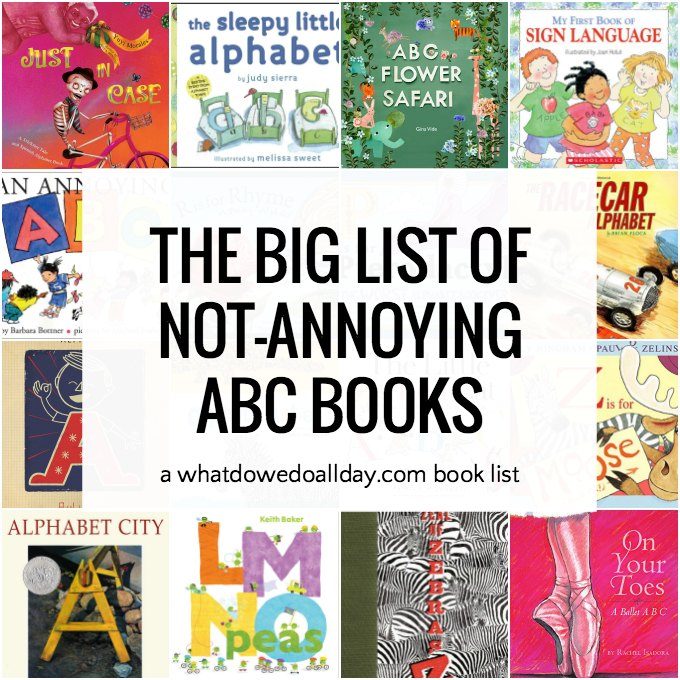 Well, fortunately (are you sensing a pattern here), I have taken it upon myself to read a gazillion alphabet books for kids and create a list of my very favorites. I think you will find these selection to be not-annoying, too, worthy of many repeat abecedarian (there's a new word for you!) read-alouds.

(Note: book covers and titles are affiliate links. As an Amazon Associate I earn from qualifying purchases.)
Want a printable list? You can get one at the end of this post.

Here they are, in alphabetical order, of course. 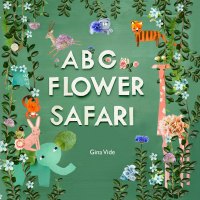 ABC Flower Safari by Gina Vide. This unique take on the alphabet is so sweet! Each page is dedicated to a letter. Vide created the still life in each photograph with a cutout, painted letter and an animal with flowers crafted from ephemera and plants. The text gives the name of the plant and animal represented. Some are surprising, like Ursinia Upupa, and will teach parents a few new words, too. This is a wonderful ABC book to read in spring while sitting in the garden!

Alphabeasties and Other Amazing Types by Sharon Werner. From alligators to zebras, the designers of this book create animals by arranging letters into silhouettes. Flaps reveal the animals and different typefaces demonstrate creative and unique ways letters can be formed. Lots of fun, it's a book you will want to come back to again and again.

Alphabeep: A Zipping, Zooming ABC by Debora Pearson. I believe I read this alphabet book aloud one zillion times to both my boys. Zipping, jaunty, onomatopoeic text and simple graphics take kids on a alphabetic journey through a city and other traffic-laden locales. Each letter gets a vehicle, street sign or other traffic-related word, from Ambulance to Zamboni.

Alphabet City by Stephen T. Johnson. I absolutely love the fascinating illustrations (and you will be entirely forgiven for believing they are photographs) that find letters in an urban landscape. Look closely and a traffic light becomes a E, a street crack is actually an R. After reading you and your little ones will surely hunt for letters in their own environment.

An Annoying ABC by Barbara Bottner. Luckily this book is not annoying at all! When Adelaide annoyed Bailey, she sets off a chain reaction all down a group of friends based on their alphabetized first names! The chaos continues until Zora zaps! Eventually everyone apologizes and all is made well. Delightful.

Backseat A-B-See by Maria van Lieshout. The reason I like this  alphabet board book is not just its striking graphics, but because it reminds me of the ABC car game that we all played when we were kids. In fact, why not take this book on your next road trip as inspiration!

G Is for One Gzonk!: An Alpha-number-bet Book by Tony DiTerlizzi. Super silly, zany rhymes take you through the alphabet. There is even a bit of counting thrown in for good measure. I like the weirdness of the poems and the way the illustrations don't always seem to make logical sense! The author mentions Seuss as an inspiration, but I loathe Seuss and I enjoy this book, so make of that what you will!

The Hidden Alphabet by Laura Vaccaro Seeger. This is a very cool take on the ABC book! Each page contains an object or objects, surrounded by a black frame. The reader lifts the flap and the object transforms into the letter. This is a great book for exploring perspective and positive and negative space.

Just In Case: A Trickster Tale and Spanish Alphabet Book by Yuyi Morales. This book is great fun! Señor Calvera, a Día de los Muertos skeleton needs a gift for Grandma Beetle. He decides to get her a gift for every letter of the alphabet. The text is written primarily in English, but each alphabetized gift written in Spanish. A delightful folktale-inspired story.

The Little Red Cat Who Ran Away and Learned His ABC's by Patrick Mc Donnell. This mostly wordless tale begins when an alligator scares a cat and a chase begins. The two are joined by a bear, a chicken and a dragon. You see where this is going? A quite hilarious adventure follows, which leads to yawns and Zzzzs. (Hopefully for your child, too.)

LMNO Peas by Keith Baker. A community of anthropomorphic peas lives and works amongst giant letters. The abecedarian text describes the careers, pastimes and experience of the peas. Almost too cute for words.

Matthew ABC by Peter Catalonotto. Were you known as "Jennifer K." or "Jennifer S.?" Then you can relate to this book! A teacher has 25 Matthews in her class. She knows them by the first initial of their last names and a defining characteristic to match. Matthew A. is Affectionate. Matthew B. loves Band-aids, and so on. Why only 25 when there are 26 letters in the alphabet? You'll have to read it to find out!

Max's ABCs by Rosemary Wells. Max's ants escape and are headed toward the birthday cake! Max and Ruby must thwart their progress. This silly escapade is full of clever rhymes, playful words and crazy stunts, making this benign-looking ABC book actually lots of fun to read.

My First Book of Sign Language by Joan Holub. Not everyone uses a spoken alphabet. Use this very simple book to teach your kids (and you!) the sign language alphabet. Interactive fun.

On Your Toes: A Ballet ABC by Rachel Isadora. Words like Pas de chat, Variation and Grand jeté grace the pages of this ballet-themed ABC. Dreamy illustrations of children performing feats offer inspiration for future ballerinas and ballerinos. Isadora has put a glossary in the back for those not yet familiar with all things ballet.

P Is for Pterodactyl: The Worst Alphabet Book Ever by Raj Haldar and Chris Carpenter. This ABC book will be best appreciated by older children and adults. English is a strange beast and the words in this book, like mnemonic and tsunami prove it. Have fun!

Paul Thurlby's Alphabet is a feast for the designer's eye. Dynamic graphics display the alphabet letters one by one with an image of a word that begins with the letter, such as M and Mountain, or Q for Quicksand. You don't have to look closely to see the letter mirrored in the image. Super retro and groovy.

R is for Rhyme: A Poetry Alphabet by Judy Young. A splendid book to teach about poetry! Each letter entry contains an example of a poetry form or term (A is for Acrostic, L is for Limerick), an illustration and a sidebar with more information. Those of you who know about my mission to get you to love poetry will understand why I find this book to be utterly glorious.

The Racecar Alphabet by Brian Floca. Every time we read this high energy, rhyming alphabet book (which was often), my son would want to get out his cars and play afterwards! It's a large book and will make quite an impression as a gift for a race car fan.

The Sleepy Little Alphabet by Judy Sierra. The lowercase letters do not want to go to sleep and so they get up to all sorts of alphabetic tricks to avoid their Zzzzzs. Can the uppercase parents get them off to slumberland? You bet!

Z is for Moose by Kelly Bingham. Zebra, in his striped referee shirt (get it?????) is trying to keep the alphabet in order, but Moose is impatient and causing trouble! But that is nothing compared to his disappointment when he finds out Mouse is the one to represent M! A super zany take on the classic alphabet book with a metafictional twist.

A Zeal of Zebras: An Alphabet of Collective Nouns by Woop Studios. Here's something you don't know about me. I am a wee bit obsessed with collective nouns. I mean, some of them are so weird! Now you can enjoy the weirdness of a "shiver of sharks" or a "venom of spiders." And your kids will get a big kick out of them, too! A short bit of text about the animals accompanies gorgeous illustrations. It may be last on this list, but it is surely not least! 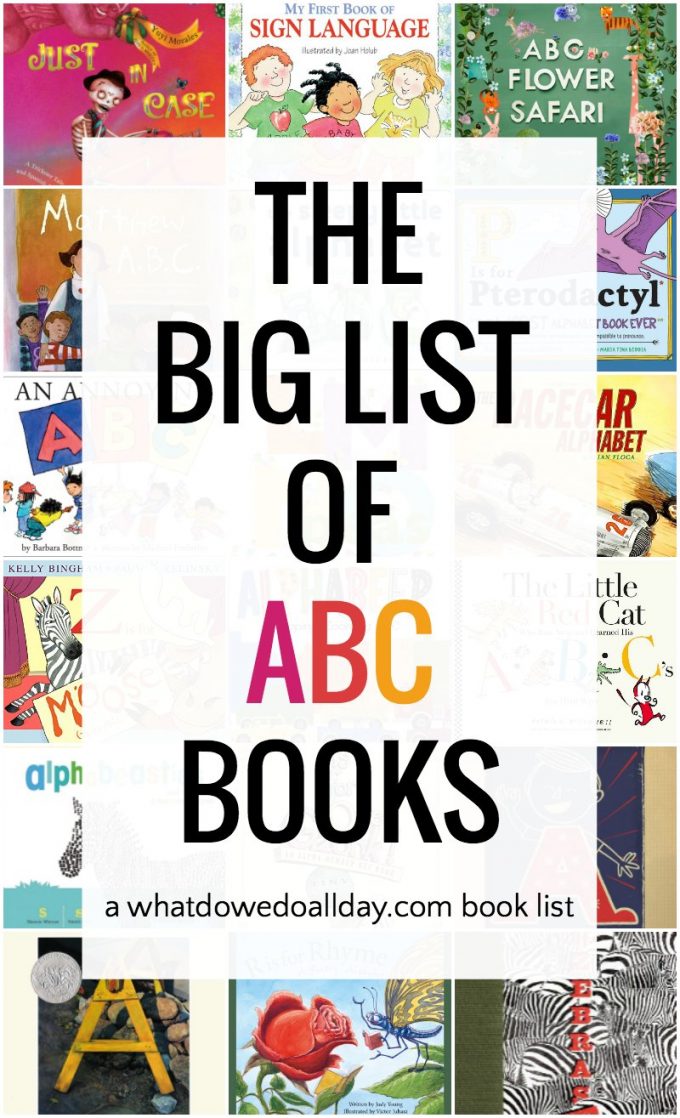 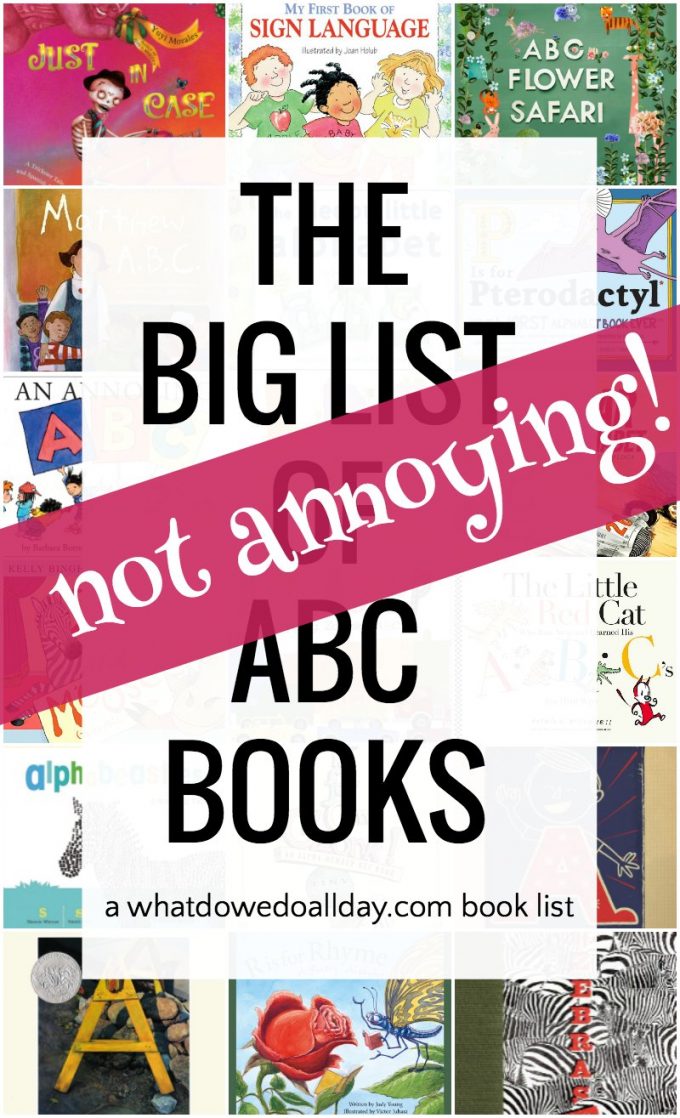 Subscribe to our newsletter and as a thank you, receive 10 waiting games kids can play anytime anywhere.
Your email will *never* be shared or sold to a 3rd party. Click here to view our privacy policy.
« Have Patience! Two Brain-Building Solitaire Board Games
Top Secret! Spy Books for Kids »
309 shares