So your 9 year olds are now reading longer middle grade novels on their own and that must mean you don't need to read aloud to your 9 year old anymore, right? WRONG. Nine year olds still crave special read aloud time with their parents and other treasured adults. The great news is that as kids get older, the conversations about books you enjoy together can become more sophisticated! Choosing just the right enjoyable, engaging book can spark meaningful, quality conversations. 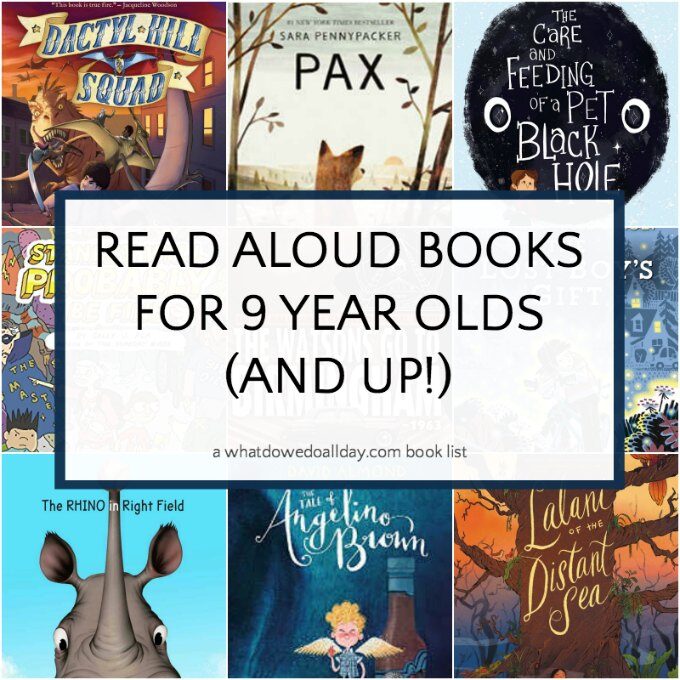 I've chosen books for this list that will get you and your 9 year old chatting about a huge variety of topics: serious, absurd, profound, cultural, even literary. You will find historical fiction, fantasy, humor and protagonists from many different walks of life. But whether you chose a title from this list of read aloud books for 9 year olds or a novel of your choosing, remember the most important goal: keep reading aloud! (Note: book titles and covers are affiliate links.)

Lalani of the Distant Sea by Erin Entrada Kelly. This book will capture your listener's attention from the very first page. Rich vocabulary and imagery drawn from Filipino folklore take readers and listeners on a thrilling and utterly unique adventure. I adored this book and couldn't put it down. Lalani's mother falls ill and Lalani sets out on a voyage across the sea to the legendary Mount Isa in hopes of curing her. Conversation topics with your 9 year old (an up!) will range from the limits of personal responsibility, familial relationships and loyalty, and abuse of power and leadership. Don't forget to also explore topics of myth and legend!

Dactyl Hill Squad by Daniel José Older. It's 1863 and the Civil War is being fought with troops on the backs of raptors! This is a spectacular and unique historical fantasy story. When Magdalys and several friends are on a field trip, children from the orphanage where they live are kidnapped. Magdalys and the others head to the Dactyl Hill neighborhood of Brooklyn where they learn how to ride pterodactyls as part of a plan to take down the evil magistrate behind the kidnappings. Magdalys has some trouble learning how to be a team player but her skill as a dinosaur telepath helps lead the group to victory. Chat with your kids about history! How might life have been different if the dinosaurs did exist in the 19th century? 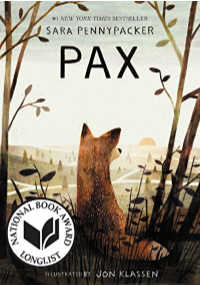 Pax by Sara Pennypacker is a lovely book and told from both the human and animal perspectives. Peter rescued Pax when he was a small fox cub and the two are inseparable. One day Peter's father enlists in the military (it is an unknown war in an undefined place and time) and Peter must go to live with his grandfather. Peter's father insists that he abandon Pax in the woods. Peter is heartbroken and is unable to escape his grief and guilt at losing Pax. He runs away on a search to reunite with his one true friend. Along the way, he injures his foot and is taken in by a hermit, who has secrets of her own. In a parallel narrative, Pennypacker describes Pax's encounter with wild foxes and his experience with the encroaching war. This is a powerful story with an unexpected ending. Parents will also enjoy this book! 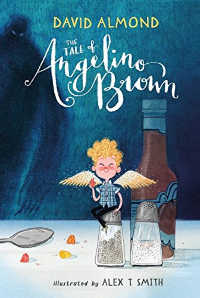 The Tale of Angelino Brown by David Almond. Almond is such an intriguing writer. I find his books to be some of the most unique I read, and generally they make excellent read alouds precisely because of their quirkiness. One day a bus driver discovers a tiny angel in his breast pocket. He brings it home to his wife and they take care of it. The children take the angel to school and as Angelino experiences the world he grows, learns how to fly and begins to talk. It struck me as wonderful that no one thinks a tiny angel is an oddity, just that he is marvelous! There is one villain of sorts who is out to capture the angel but Angelino's innocence and grace leaves everyone in a better spot in life in this warm-hearted tale. Absolutely worth reading!

The Rhino in Right Field by Stacy DeKeyser is an excellent funny book for 8-12 year olds, especially those who love baseball. Set in the late 1940s, the story follows Nick Spirakis, who is the son of Greek immigrants, who plays ball with his friends in the field by the zoo. The field contains perils, such as Tank the Rhino, who lives just beyond the outfield (where balls occasionally land!). When the local baseball team comes under the control of a new owner, Nick and his friends vie for a spot as the batboy. Amidst the humor and action, the story also addresses life as an immigrant, dealing with bullies and the status of girls who play baseball.

The Watsons Go to Birmingham--1963 by Christopher Paul Curtis.  is a tender and very funny portrait of a loving African-American family living in Flint, Michigan. Young Kenny’s parents decide to drive the family down to Birmingham where older brother Byron will spend the summer with grandma in an attempt to correct his delinquent behavior. Most of the action takes place before the family goes to Birmingham and despite the serious undercurrent of the book, there are many moments of this book which are laugh-out-loud funny. Highly recommended and very enjoyable. 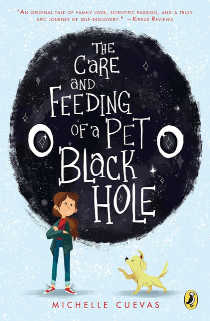 The Care and Feeding of a Pet Black Hole by Michelle Cuevas. This is a wonderfully funny and quirky book and in addition to the serious themes of grief and loss, you can converse with your 9 year old (and up!) about the literary devices of metaphor and absurdity. After a trip to NASA, a black hole follows Stella Rodriguez home. Stella names her new pet, "Larry," short for Singularity. Larry swallows up everything it touches, which turns out to be a great way for Stella to get rid of unwanted items, especially the ones that remind her of her grief at losing her father. However, when Stella, her brother and new puppy get sucked into the black hole, in order to get out she must find a way to keep her own grief from consuming her. Yes, the topic is serious, but the writing is so delightful the book is an excellent vehicle to discuss a weighty subject.

Stanley Will Probably Be Fine by Sally J. Pla. I found myself giggling quite a bit while reading this book. Stanley Fortinbras (love that name!) struggles with anxiety and sensory processing disorder. He even sometimes faints–how embarrassing! However, he loves comics trivia and pushes back against his worries to join in a a giant comics-trivia treasure hunt with his quirky new neighbor. Trivia Quest takes the pair all over the town, and Stanley works hard to overcome his difficulties to win the day.

The Lost Boy's Gift by Kimberly Willis Holt. After his parent's divorce Daniel and his mom move away to While-a-Way Lane. Upon arrival, Daniel is in a foul mood. He misses his father and feels anger and hurt at his new circumstances. Slowly he begins to take notice of his surroundings and meet his new neighbors, who begin to surprise him with their wisdom and magic.  Chat with your young listener about the power of making friends, the beauty of close observation, finding joy in small, magical moments and what gifts they, too, may be able to find within themselves.

The Afterwards by A . F. Harrold. This is an unusual and intriguing story. Ember suddenly loses her best friend, Ness. In a strange set of circumstances involving her ne'er do well uncle, Ember passes through to the Afterwards, a melancholy black and white world where she finds Ness sitting on a doorstep, but lacking all of her natural spirit. Ember is able to leave the Afterwards, but now she is determined to return and bring Ness back. Ultimately, of course, Ember must move forward and Ness must stay behind. Talk to your kids about bravery, how individuals handle grief and sadness, and perhaps the idea of moving from one world to another.

« Game of the Month: Dragonwood
Best Gifts for Preschoolers to Boost Their Brains! (Ages 3-5) »
1873 shares