Although November is Native American Heritage Month, I hope you will include these Native American middle grade books in your children's reading diet all year long. Indeed it would be rather insulting to decide that November was the only time of the year to read books with Native American characters! This list of chapter books by Native authors includes stories of both historical and contemporary life. 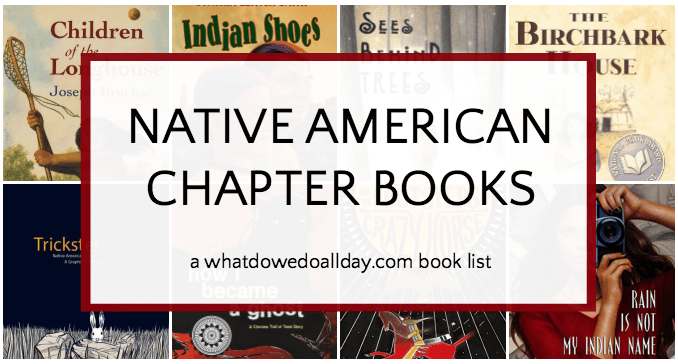 The Cooperative Children's Book Center at the University of Wisconsin has been tracking the publication of children's books depicting people of color and First/Native Nations for more than a decade. In 2016, 55 out of 3500 books included Native American characters (the number does not reflect the quality of that representation). That is up from a low of 22 in 2012. (source)

Indeed many non-Native children only learn about First Nations in relation to Thanksgiving, or as a "historical" rather than as contemporary nations. As a non-Native myself, I don't pretend to know everything, but that's why I make a concerted effort to listen to Native voices and help my children to understand Native Americans are not headdresses and powwows.

I've intentionally included only books by Native American authors because I think we should listen to Native voices tell their own stories. I included a recommended age at the end of each review (but remember, it's not an exact science). All of these authors have other, excellent novels and novellas for children. 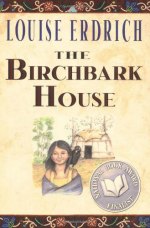 The Birchbark House (series) by Louise Erdrich. I adore this series! Erdrich's writing is simply marvelous. This first book takes place on an island in Lake Superior in 1847 where 7-year-old Omakayas, "Little Frog" and her Ojibwa family live. Erdrich describes the daily life and experiences of the Ojibwa as well as their sorrows and joys.  Excellent, and a must read for kids. Ages 8 and up. 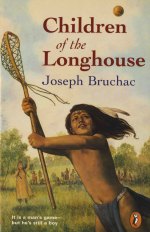 Children of the Longhouse by Joseph Bruchac. This is a historical novel narrated in alternating viewpoints between Ohkwa'ri and his twin sister Otsi:stia. The siblings are Mohawks living in the 15th century in what would later become upstate New York. Ohkwa'ri tells the elders he heard another boy planning activity that would break a peace accord with a neighboring tribe. His resentful new enemy plans to get his revenge during a game of what we might call lacrosse. There is so much wonderful information about Native American life, culture and traditions in this book. Ages 7 and up. 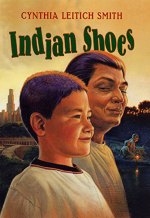 Indian Shoes by Cynthia Leitich Smith. This early chapter book is a collection of funny stories about a contemporary Seminole-Cherokee boy and his grandfather. I think this book with its charming tales of the loving intergenerational relationship works very well as a read aloud. Ages 6 and up. 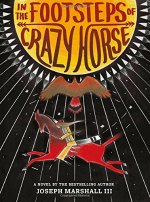 In the Footsteps of Crazy Horse by Joseph Marshall III is two tales: one about Jimmy McClean, a boy of mixed Lakota and Anglo heritage, who is taking a vision journey with his Lakota grandfather, Nyles High Eagle. The second is the story of Tasunke Witko, aka Crazy Horse, as told to Jimmy by Grandfather Nyles.  thing I really liked about the book, however, was the emphasis that Native Americans are not just part of the American past. Unfortunately, the way kids are taught American history, they often get the wrong impression and this book is a good starting point to correct that error. Ages 9 and up. 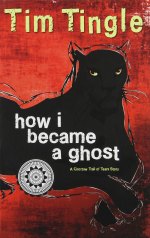 How I Became a Ghost by Tim Tingle is narrated by Isaac, a Choctaw boy whose family is forced to walk the Trail of Tears. It is quite a remarkable book, mixing historical events with the supernatural, while delving into the cultural identity of the Choctaw. From the beginning of the book, Isaac announces to the reader that he is a ghost, and he foresees the tragedy to come. Yet, Tingle uses humor in surprising and effective ways. I highly recommend reading it aloud or alongside with your child, as adults will enjoy it just as much and kids will surely have many insightful questions. Ages 8 and up. 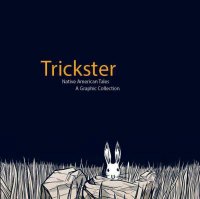 Trickster: Native American Tales, A Graphic Collection ed. by Matt Dembicki. My kids and I love trickster tales, which is why I checked this one out. I didn't get a chance to read all of the stories, but my 11 year old did. His verdict was that they were good. I asked if he thought they were appropriate for his age and he said, "Yes, except maybe not two of them." So I'm recommending this for the upper age limit of this list. Ages 11 and up. 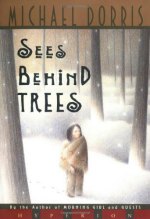 Sees Behind Trees by Michael Dorris. This is a beautiful story! Walnut can't see very well but the challenge to earn his adult name includes a test of accuracy with a bow and arrow. His mother teaches him how to see with his ears and his uncle declares a new challenge of seeing what can't be seen. But Walnut learns more about what it means to be adult than just passing a challenge and he earns his new name, "Sees Behind Trees." Set in 16th century North America. Ages 7 and up. 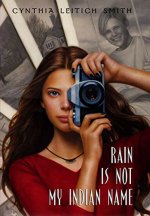 Rain Is Not My Indian Name by Cynthia Leitich Smith. Although this book is located in the J FIC section of most libraries, I consider it borderline YA. The protagonist is 14 and the story begins with the death of Rain's best friend and love interest.  So, your middle schooler will enjoy it, but perhaps it is of less interest to upper elementary children. That said, it is an excellent book. Rain, still grieving over the loss of her friend, gets caught up in a controversy over a relative's Indian Camp. She begins taking photographs for a local paper and finds her voice again. Despite some of the serious nature of the book, it also contains humor and examples of positive family relationships. Ages 11 and up. 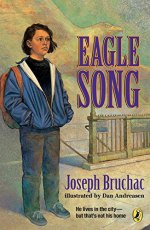 Eagle Song by Joseph Bruchac. Bruchac is a prolific writer, and while I haven't read all of his books (I only include books I have read on my book lists), I feel confident enough to recommend any of his books. He has many historical novels like The Children of the Longhouse (see above), some wonderful folktale picture books and a few novels about contemporary American Indian life such as this early chapter book.  When Danny moves from the Mohawk reservation to Brooklyn he faces teasing by his classmates. His father visits the class and tells the story of he great peacemaker Aionwahta (aka Hiawatha) and Danny takes this as an example to try and be a peacemaker himself. Ages 7 and up. 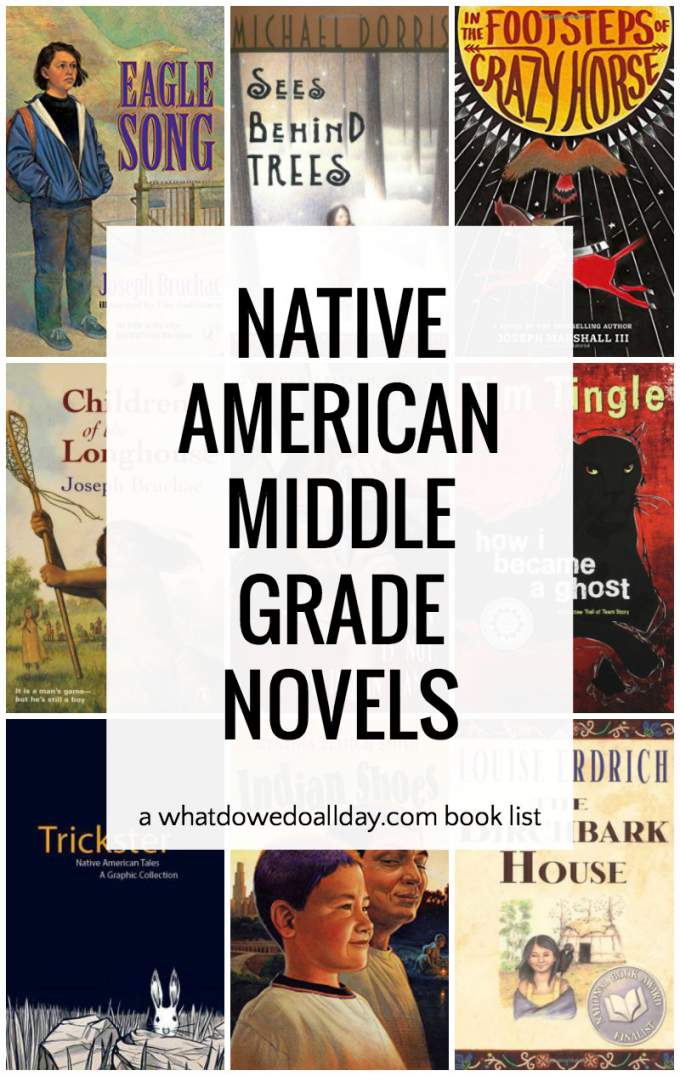 Subscribe to our newsletter and as a thank you, receive 10 waiting games kids can play anytime anywhere.
Your email will *never* be shared or sold to a 3rd party. Click here to view our privacy policy.
« 30 Days of Diverse Books for Kindergarten and First Grade
Diverse Picture Books that Teach Gratitude »
1810 shares