So you've looked in your game closet and everything seems so tired. You've played every game a zillion times and you want something new, and you want it now. What do you do? You make your own game! If you've got the paper, a pencil and a few coins, I've got the instructions. Today we are playing Mū Tōrere, a board-type game indigenous to the Māori of New Zealand. 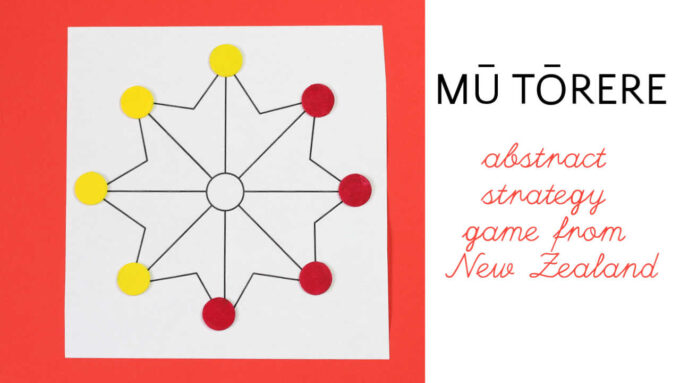 Primarily Mū Tōrere was played by the Ngāti Porou tribe. They played on a slab, piece of bark or on marks drawn into the earth, but we are going to learn how to play Mū Tōrere with some game tokens on a paper "board." Once your children master the rules, they can go out and play in the sand, or wherever their little creative minds take them.

Objective: To trap the opponent’s tokens so that he cannot move.

Game board, drawn as shown. Make your own, or get ours here.

Place tokens in the starting position as shown below 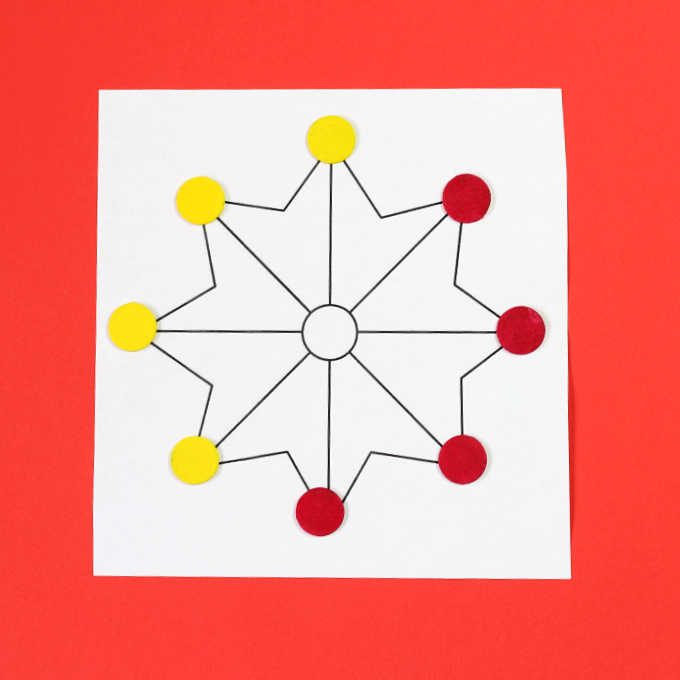 The center area is called the pūtahi.

Players alternate turns, moving tokens one at a time.

Tokens can be moved in one of three ways:

1. From one point on the perimeter of the star star to another. These points are called kawai.

2. From the pūtahi onto the kawai.

3. From the kawai into the pūtahi, only if one or both of the adjacent kawai are occupied by the opponent’s tokens.

This is an illegal opening move on the part of red. See how the red that the player moved to the center cam from a kawai that was flanked on both sides by red tokens? That's a no-no. (However this is also a good image of what the end of the game might look like since yellow is completely blocked from moving.) 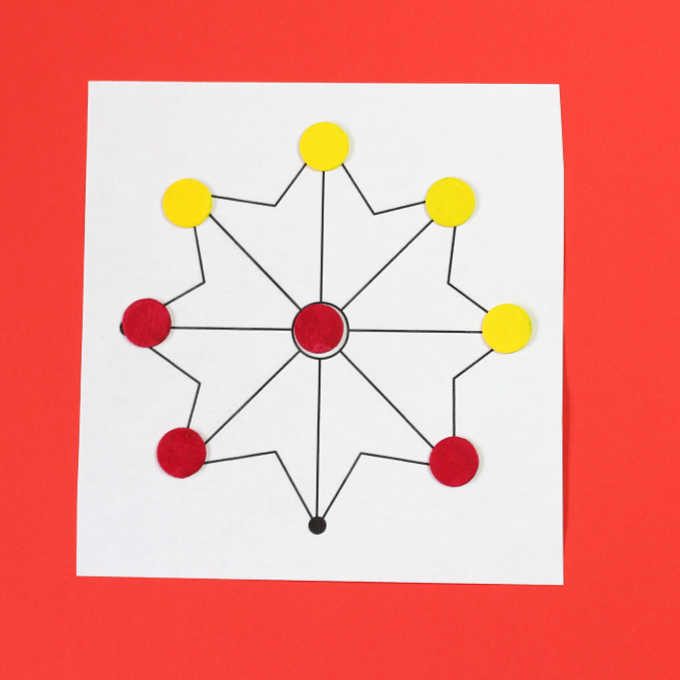 Here is an example of a legal opening move. 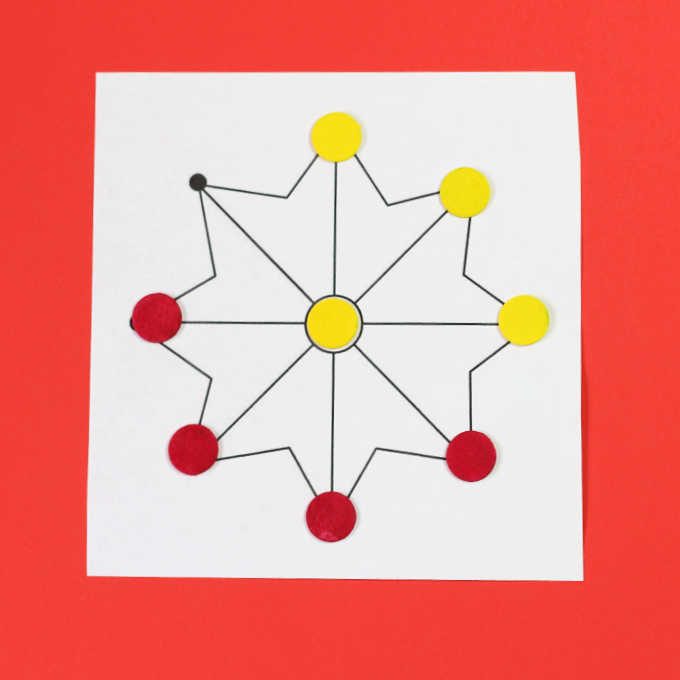 The first player who successfully blocks his opponent from moving is the winner.

Alternate rule: The restriction on rule #3 applies only to the first two moves of the game.

Note: It is possible for players to get in a rut. If one player puts his token in the center and refuses to move it out, the other tokens will simply move around the perimeter forever.

Would you like to learn more of the mathematical strategy behind Mū Tōrere? This article has you covered (but I will admit it makes my eyes glaze over.)

Tapatan: a 3 in a row game from the Philippines

Lu-lu: a dice game from Hawai'i 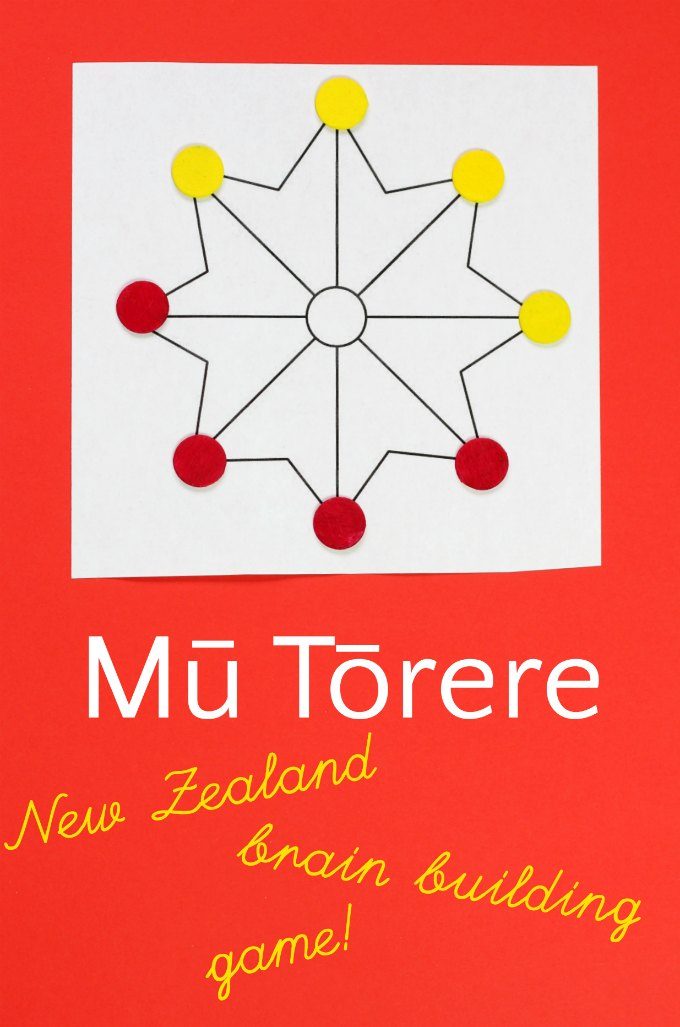 Subscribe to our newsletter and as a thank you, receive 10 waiting games kids can play anytime anywhere.
Your email will *never* be shared or sold to a 3rd party. Click here to view our privacy policy.
« Cute Classroom Coloring Page: Homework Help from the Teacher
How to "Read" Wordless Picture Books (Parent Tips) »
2724 shares