I'm pleased to report that LGBTQ children's books are on the rise, and I have noticed a lot of attention on picture books, but there are also a lot of very good LGBTQ chapter books. Children need to see themselves, and others who are not like them depicted in the stories they read. I've selected my favorite LGBTQ chapter books for kids, and yes there are gay, lesbian and transgender characters but the messages in the stories transcend "LGBTQ issues." 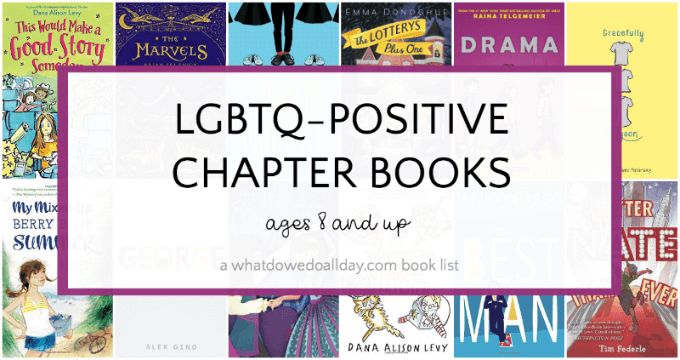 Most middle grade novels deal with big themes around friendship, school and family rather than romantic themes and these LGBTQ middle grade reflect that. I think that might be why most LGBT chapter books tend to feature gay or lesbian secondary characters (such as parents) rather than a gay protagonist. It is not until YA books, that authors begin to tackle deep romantic feelings.

A child's feelings about being transgender, however, aren't about romance and thus are well suited for a middle grade audience. Transgender or not, kids are starting to intensely learn about what makes them who they are, and learning how to cope with how others see them. They are learning how to navigate puberty, embrace their own identity and define themselves. These are universal themes.

These books are all appropriate for children ages 10 and up; some are suitable for 8 and up and I've indicated those in the review. (Note: Book covers and titles are affiliate links.)

LGBTQ-Positive Children's Novels. The three categories below are as follows: 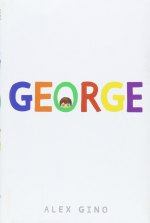 Melissa  (former title, George) by Alex Gino. Melissa is a girl, but everyone thinks she is a boy named George. She is worried no one will know who she is and she will stay hidden forever. She dreams of playing Charlotte in the school production of Charlotte's Web but the teacher won't even consider her for the part. Melissa confesses her secret to her best friend, who helps her concoct a plan. This is a quiet gem of a book and I am impressed at how accessible the text is for the intended audience. Melissa is a fifth grader and the story is not overcomplicated or bogged down with social and political backstory or controversy. While many might dismiss this book (which would be sad) solely because of Melissa transgender identity it is much more than just an LGBT story. All kids are familiar with keeping secrets and worrying about being accepted by others. This is a moving and hopeful story. Ages 8 and up.

Gracefully Grayson by Ami Polonsky. Sixth grader Grayson looks like a boy, but she knows that she is a girl. Feeling alienated from his peers and family, Grayson finds inner courage to audition for the female role in the school play. When a supportive drama teacher awards him the role, Grayson finds solace from school bullying among the more accepting "drama kids." (I agree, drama kids are always the best!) A marvelously thoughtful, touching and well-written book.

Lily and Dunkin by Donna Gephart. This is a marvelously written story told in alternating voices. Lily Jo knows she is a girl, but most of the world knows her as Tim. She has the support of her mom, sister and best friend but Lily needs the love and support of her father in order to gain the confidence (and medication) she needs. Dunkin is the new kid in town but he has a secret. He struggles to come to terms with his bipolar disorder and find out where he fits in, too. The two protagonists may have difficulties that most kids won't experience, but their journeys to express themselves, find their own way and make the right friends will resonate will all middle schoolers.

The Pants Project by Cat Clarke. Liv has to wear a uniform to school. The problem is, he has to wear a skirt. That's because everyone thinks Liv is a girl. If girls were allowed to wear pants then Liv could at least feel comfortable in his clothing. There are so many other things to deal with as a transgender kid, he doesn't want to wear a skirt. So with the help of a new friend (who is hiding a secret of his own) Liv sets out to change school policy.

Books with Gay or Lesbian Protagonists

Better Nate than Ever by Tim Federle. Nate's burgeoning sexual identity is really only a small subtext of this marvelous book. It may be clear to the sophisticated reader who can read between the lines but the main focus is Nate's determination to become the star of E.T. the Musical. This is really one of my favorite middle grade books (but I am partial to stories about theater, I admit). It is full of laugh out loud humor and the reader can't help but fall in love with Nate. The sequel, Five, Six, Seven, Nate! touches a little bit more on Nate's sexuality - but again, it's not the biggest part of the tale.

Star-Crossed by Barbara Dee. You may have noticed that there are A LOT of books about the theater on this list. I can authoritatively say that is because the theater is AWESOME and of course the idea of role-playing make for a good metaphor, etc. etc. In this book, eighth grader Mattie is playing Romeo in the class production of Shakespeare's classic. During rehearsals she starts to have more-than-friends feelings for her co-star, Gemma. Mattie is confused because just recently she had a crush on a boy. There's drama on and off stage, of course but in general, this is a positive representation of a pre-teen learning about her own romantic leanings.

Drama by Raina Telegemeier. Callie wants to be in her school's latest production but she doesn't think she can sing so instead she helps out as the set designer and is determined to create a Broadway-worthy show. The "drama" of the books title could easily refer to the friendship and romantic entanglements of the middle school crew (when is middle school not melodramatic?) as well what happens on the stage.

Books with Gay and/or Lesbian Parents/Adults 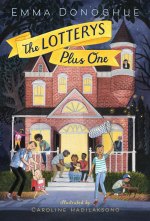 The Lotterys Plus One by Emma Donoghue. The quirky Lottery family live in a rambling house they bought after winning the lottery (also the source of their surname), homeschool and do chores by drawing lots. The family was "born" when two dads and two moms decided to merge their families of multiethnic, adopted children. Suddenly the family must add a new member to their household. Grandfather, "Grumps," who doesn't quite know what to do with the eclectic family is suffering from early dementia and must come to live with the Lotterys. The narrative is told through the eyes of Sumac, one of the middle children. This is a fun book with a lot of diverse topics: gay parents, a possibly transgender child, blended, multi-racial families, special needs kids, cross-generational relationships. But somehow it all comes together! 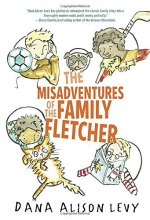 The Misadventures of the Family Fletcher by Dana Alison Levy made me laugh out loud. A family of 2 dads and 4 adopted sons (all together they span several ethnicities and religions) lead a rather disordered and hilarious lifestyle. The boys all have different personalities, which could lend themselves to stereotypes, but thankfully do not. After finishing this book I wanted to move right in to the Fletcher household, if only to try out their DIY hockey rink. (You'll have to read it to find out.) Ages 8 and up. 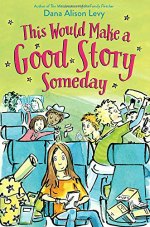 This Would Make A Good Story Someday by Dana Alison Levy. Sara is all set to work on her new and improved self this summer! But then one of her moms gets an opportunity that sends the whole family on a cross-country train trip. Sara chronicles the trip in all its hilarity for a school project. A fun book to read during the summer!

The Best Man by Richard Peck. This author is well known for his book, A Long Way From Chicago. This book is full of the same trademark humor. Archer looks up to a few men in his life and tries to learn from them: his grandfather, his dad, his uncle Paul and his teacher, a former military man. His relationships with these men helps him navigate the peril of living on the edge of adolescence as he deals with friendships, bullies and general kid stuff. Then, his uncle and teacher fall in love and Archer's world view expands even further.

My Mixed Up Berry Blue Summer by Jennifer Gennari. In Vermont, June Farrell loves to make pies. She's so good at it she is determined to will a contest. June's mother is getting ready to marry her partner, Eva but the community turns on them. June must deal with the divisiveness in the community and some especially mean words that others aim at her family. The book also has a great summer feel to it: hot days, pie competitions, hanging out with new friends at the lake, etc. Reading this book I wondered if it was dated because of the growing acceptance of same-sex couples and the legalization of gay marriage. However, I quickly realized that of course there are still many parts of the country (and world) where June's family would still be ostracized and in any case, the book presents some important talking points about how things have changed, and how they have stayed the same.

The Marvels by Brian Selznick. Another book with a strong theater theme! The first 400 (!) pages of this book tells the tale of multi-generational theater family in gorgeous black and white illustrations. The second half is written as a traditional novel. (This two-part format is Selznick's signature style.) Young Joseph runs away from a boarding school in search of his uncle, Albert. Albert lives alone in London, in a house that is full of questions and mysteries. The story touches on the loss of Albert's former love due to AIDS but the heart of the story is a 400 year old family saga. Selznick masterfully weaves connections to the visual half of the book as well as puzzling clues, twists and turns. 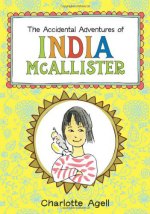 The Accidental Adventures of India McAllister by Charlotte Agell. This is an early chapter books generally suited for children ages 7 and up - but since there are a lot of sensitive topics, you may wish to preview the book. I liked it, and thought it handled everything in an age appropriate way. India lives with her mom, a breast cancer survivor. Her mom is an artist and India isn't sure if she should be embarrassed about the plaster breasts her mom makes and hangs on the wall. (!) Her dad has a new partner, Richard, and India isn't sure how she feels about him, either. India was adopted from China, and this book tries to stuff a lot in a short chapter book format - but there are plenty of kids who are busy navigating multiple identity issues themselves! 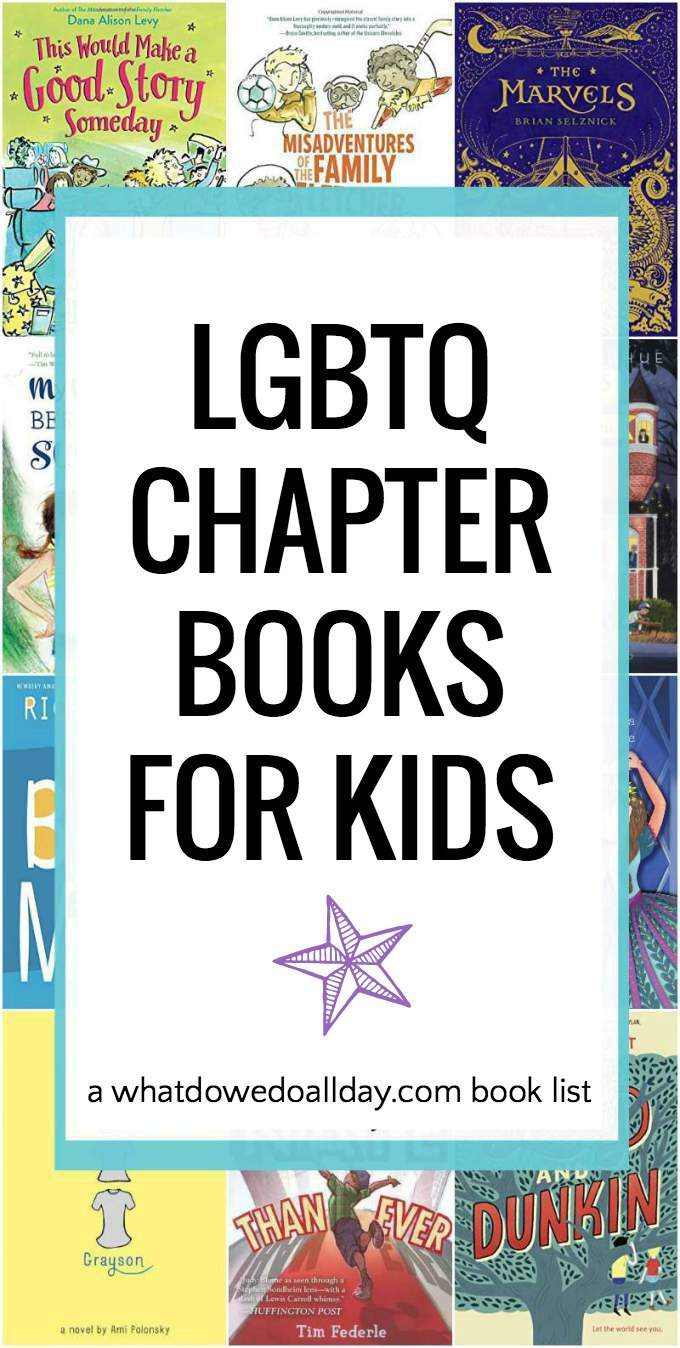