×
You are here: Home / Games / Fox and Geese: A Traditional Abstract Strategy Game

Did you know that playing abstract strategy games like Fox and Geese help build skills necessary for success in STEM subjects? That's right. You can keep your kids busy, have fun and feel justifiably smug knowing you are helping them prepare for future academic success. Win-win-win-win! 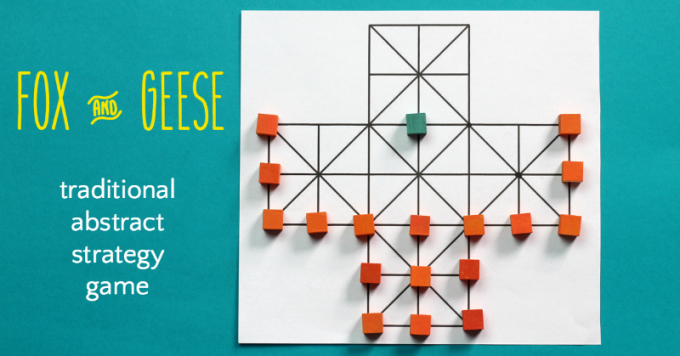 My children and I have been having a grand time playing this Fox and Geese game, which sounds like it would be a variation on a game of tag, but is actually a traditional abstract strategy board game from Northern Europe. Kids' legs get exercise during tag, but remind them that the brain is a muscle and it needs exercise, too! Fox and Geese exercises the following skills in kids' brains:

How to Play Fox and Geese

Objective: The fox's objective is to remove as many geese as possible from the board, making it impossible for the geese to trap him. Alternatively, if he moves past the geese to the opposite side of the board, he wins. The geese win if they succeed in trapping the fox so he cannot move.

Place the tokens in the opening positions as shown in top photo.

The fox can move along the lines in any direction.

If there is an empty space along the line immediately after the goose, the fox can jump over the goose. Consecutive jumps are allowed. Jumped geese are captured and removed from the board.

Geese may move forward, sideways, diagonally, but not backwards.

Geese may not jump.

Here is an example of a trapped fox: 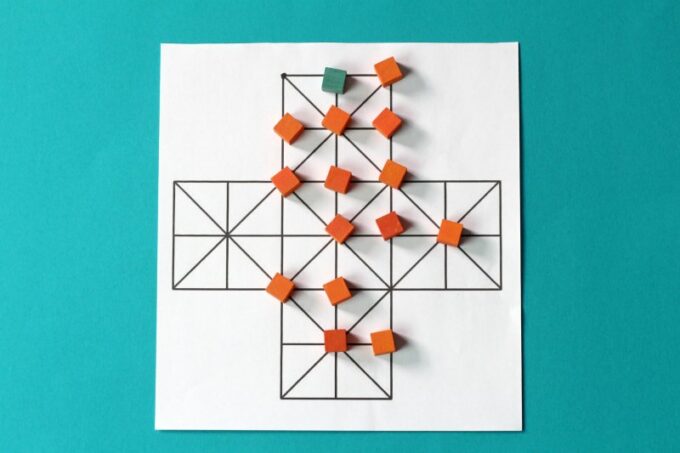 Variations of Fox and Geese:

In the below image, if the fox starts at the top and the geese from below, the fox wins because no geese can move backwards to trap him. 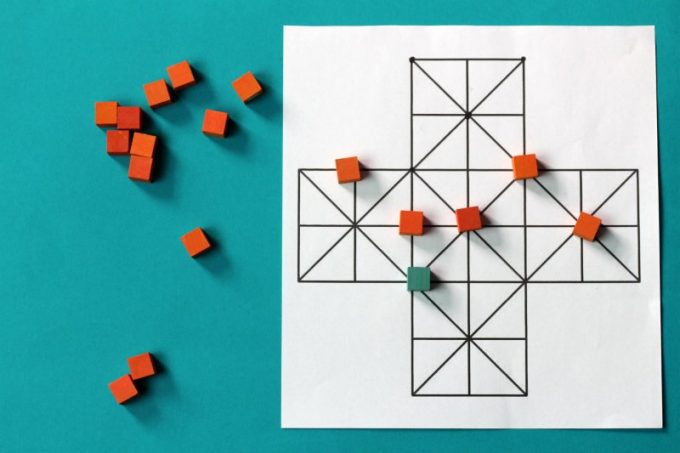 See it in action!

History of Fox and Geese

Fox and Geese is a traditional battle game with origins in Northern Europe. It is a variation on Halatafl, a Norse Viking board game, mentioned in early Icelandic saga literature. Versions were played throughout European countries and were common up through the 19th century. A survey of traditional games around the world offer several examples of games in which opponents have an uneven number of tokens. (Len Choa from Thailand is one such example.)

These kinds of games are fantastic for STEAM (Science, Tech, Engineering, Art, and Math) learning which is why I contributed another game, "Hare and Hounds" to the STEAM Kids book. Learn more about the STEAM Kids book - one whole year of splendid STEAM projects for kids! 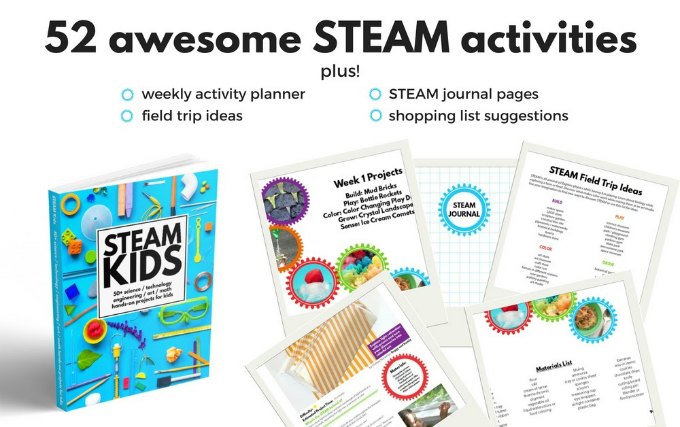 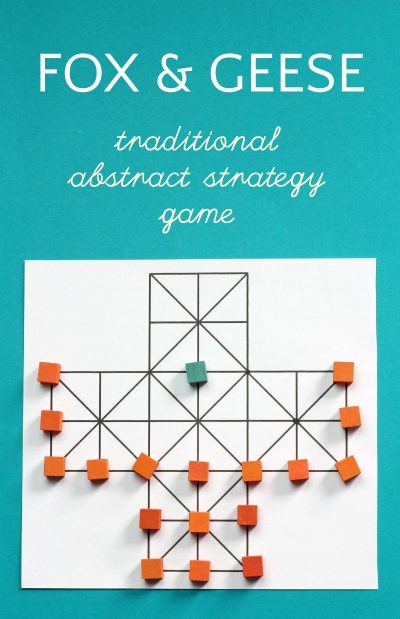 This post is part of the 28 days of STEAM! 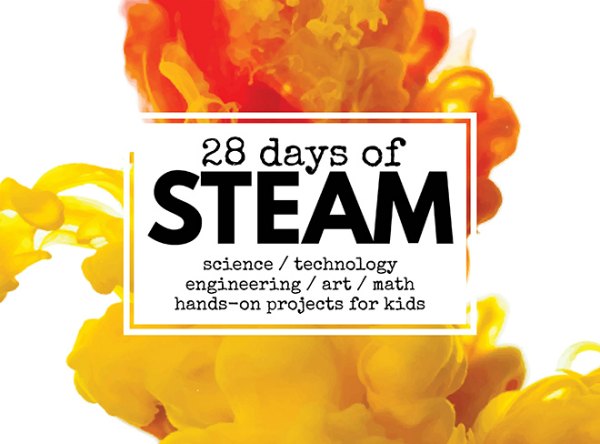 Subscribe to our newsletter and as a thank you, receive 10 waiting games kids can play anytime anywhere.
Your email will *never* be shared or sold to a 3rd party. Click here to view our privacy policy.
« Funny Flips: A Word Game for Kids
Clever Homemade Valentine Cards for Kids to Make »
17106 shares