Did you know that playing dice games with 5 dice is actually 5 times more fun than playing with one die? 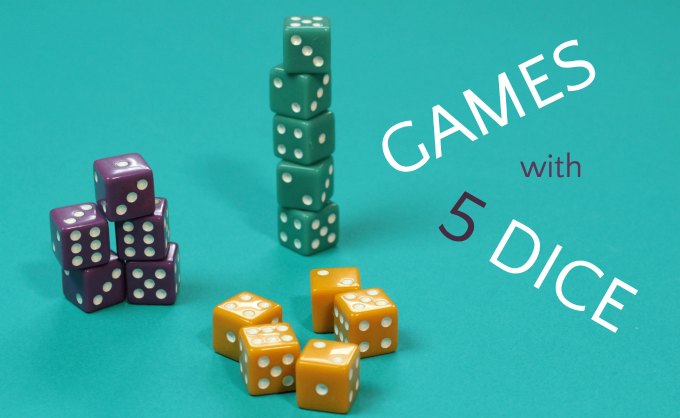 But seriously, these 5-dice games are ever so much fun for families and they are one of the greatest screen-free boredom busters in the entire world. I do not exaggerate You can read more about why we love dice games for kids here. Plus, there is something so very, very satisfying about throwing down so many dice at once and hearing the clickty-clackety sounds on the table. Am I weird for thinking so? Maybe. But you can judge for yourself when you play these games with five dice with your kids!

Note: printable game instructions are at the bottom of this post!

This game has the worst name! Sometimes it is called Stuck in the Mud, so you can use that name if "drop dead" is a bit too creepy for you. However, my son LOVES this game so much.

Click here for the full rules of drop dead, or watch the video below.

My kids love this ship themed dice game that uses 5 dice. Some people claim it is a drinking game, but obviously you will be playing it straight with your kids! 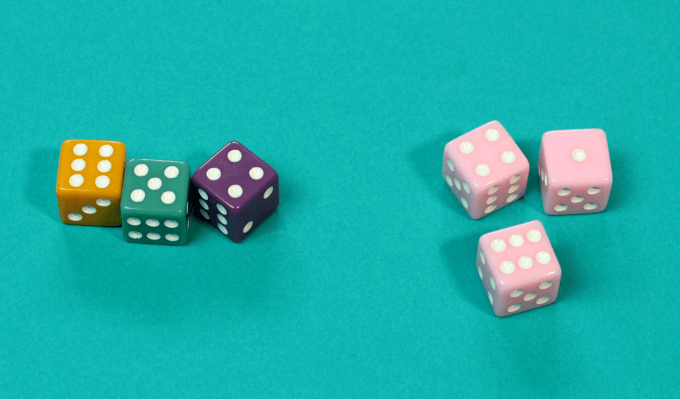 Objective: Players want to roll a ship (6), a captain (5) and a crew (4), plus have the highest score possible on the remaining two dice (the cargo). The catch? You must roll the 6, 5 and 4 in descending order. After all, you can't have a captain without a ship, or a crew without a captain!

Play as many rounds as you want!

Alternative: We like to turn this into a betting dice game and play with chips. A set of poker chips adds a fun dimension. I do like to lecture my kids about the evils of gambling for real, however, ha ha ha. 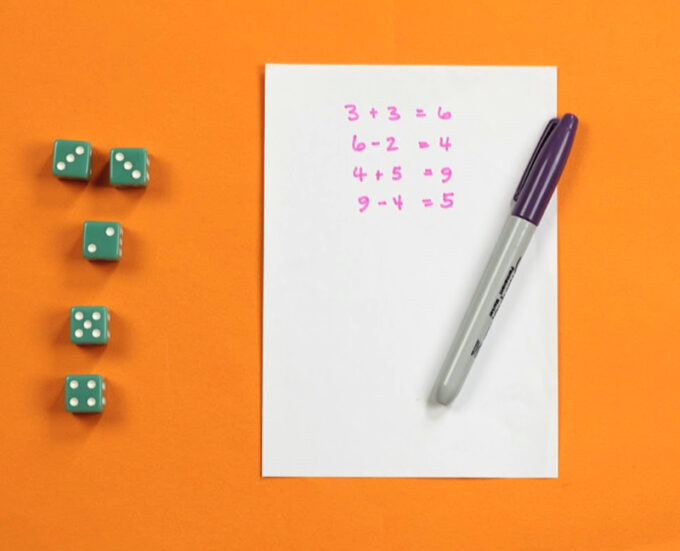 You need a pen and paper to keep score. This game is great for practicing early math skills.

Instructions: Each player gets four rolls in a row on their turn. On the first roll, they add the highest two values and then roll the remaining three dice. On this roll, they take the lowest scoring die, set it aside and subtract it from the previous sum. On the third roll they roll the remaining two dice; the higher value die is set aside and added to the current score. On the final roll of the last die, that value is subtracted from the score to make the total. Pass the dice to the player on the left.

Players can decide ahead of time how many rounds they wish to play. Learn more about this addition and subtraction dice game here.

Don't confuse this game with Aces in the Pot, a dice game played with only 2 dice. There are similarities, but each is interesting enough in its own right. 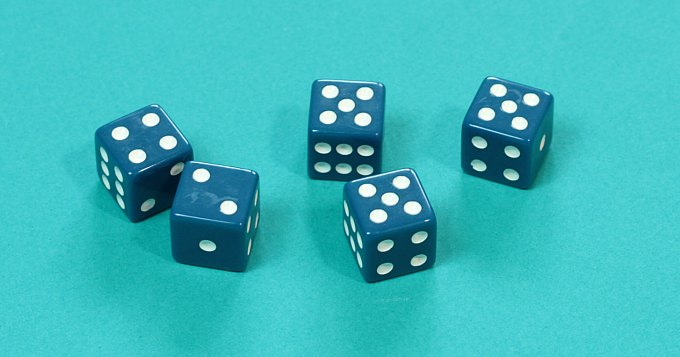 Play continues in this manner until there is only one die left in play and the player left with it rolls a 1 and thus wins the game.

For mafia dice, each player needs 5 dice of their own. Plus, it is such an easy peasy dice game! And super quick, depending on how many rounds you play. Best played with 3 or more players.

Objective: to be the first player to lose all your dice!

Watch the video to see a fun variation in which players use chips to play rounds:

This is another game that uses a few basic math skills.

Objective: to have the highest score at the end of ten rounds.

Players take turns rolling all 5 dice. The goal is to roll at least 3 of a kind.

On a player’s turn one of the following will happen:

Whoever has the highest score at the end of ten rounds, wins.

Watch video to show Three or More in action:

See the collection of all our best dice games for kids! That includes dice games with 5 dice, 2 dice, 1 die, 4 dice and more!

Subscribe to our newsletter and as a thank you, receive 10 waiting games kids can play anytime anywhere.
Your email will *never* be shared or sold to a 3rd party. Click here to view our privacy policy.
« 15 LGBTQIA Children's Books for Kids
Best Puzzle Books for Kids: The Perfect Travel Companion »
8829 shares