You’ve somehow managed to get the kids to help clean up .

The kids are about to run away to their rooms and hide there for the rest of the evening.

But what you really want is a little more family time. (After all, they grow up so fast!)

What do you do to lure them back to the table?

You get out a pair of dice and tempt them to try their luck at Aces in the Pot! 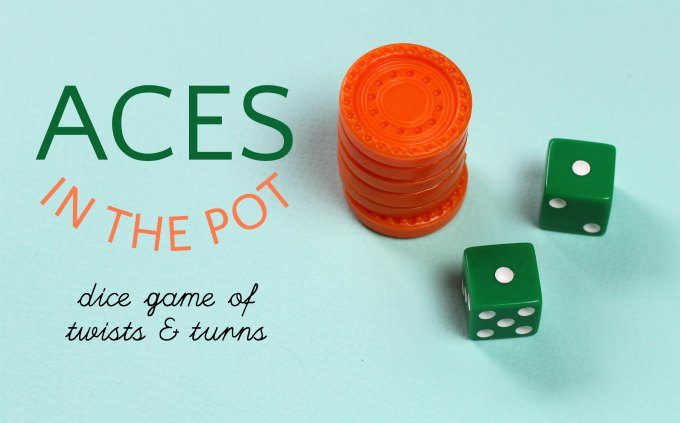 I don’t know what it is, but lately dice games offer my kids a certain seduction that can’t be matched by board games. I have been on the hunt for new-but-old dice games to keep game time interesting! Recently, we have been playing a simple but exceedingly fun dice game called Aces in the Pot.

Aces in the Pot requires at least 3 players, so unlike many of the traditional board games I share here that are only for two players, the whole family can join in to try their luck at Aces in the Pot. And because of the potential for the fortunes of the players to reverse at any moment, it gets even better the more people play. That makes it an excellent dice game for big families.

So gather the family, pick up a pair of dice and get rolling!

How to play Aces in the Pot

2 tokens per player (use coins, beads, buttons, whatever you have on hand)

A “pot”. This can be a literal pot, like a bowl or other dish, or you can use a virtual pot—meaning the space in the middle of the table.

3 or more enthusiastic players. This game is great with a crowd. 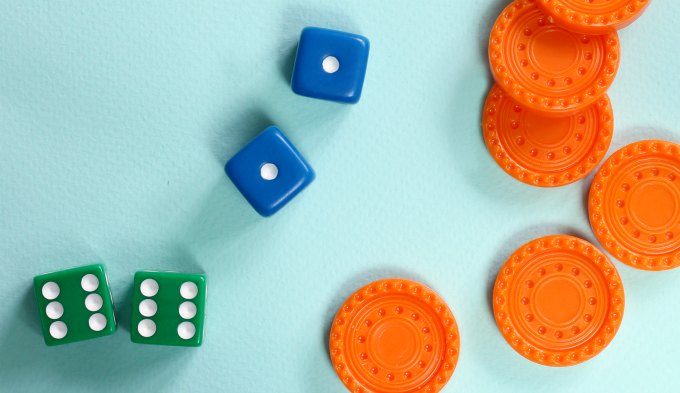 Each player starts out with two tokens.

Players take turns in a clockwise fashion. A player rolls the dice and loses tokens according to the following rules:

If a player has no tokens, he is not out of the game and can still receive tokens! He is unable to roll the dice, and passes his turn until such time as he has gained one or more tokens.

Notes on playing Aces in the Pot:

This game requires no strategy at all. Everyone has an equal shot at winning no matter their age or skill level. The game is entirely based on the luck of the dice, but what makes it a rollicking game is that because you can go from having no tokens to back in the game with a single roll, the game can take spontaneous twists and turns!

As I was reading about Aces in the Pot, I mused that it sounded quite familiar. I realized it is essentially the same games as LRC, or Left Center Right Dice, a dice game we have in our game closet that I had forgotten about but we played almost non-stop a few years ago after I picked it up and the neighborhood toy store. So if you want a portable version with the dice and tokens in a handy-dandy container, LCR is your answer! (affiliate link) 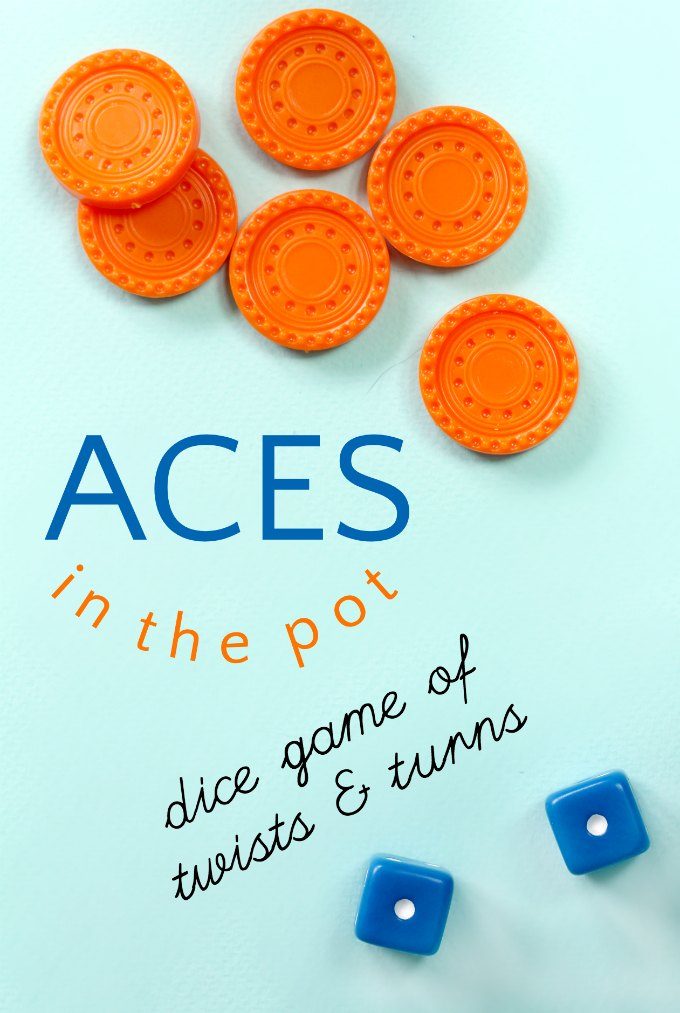 Subscribe to our newsletter and as a thank you, receive 10 waiting games kids can play anytime anywhere.
Your email will *never* be shared or sold to a 3rd party. Click here to view our privacy policy.
5231shares
« Multicultural Early Chapter Books for Kids with Diverse Characters
12 Practical Life Activities for Kids »