Have your kids read the Artemis Fowl series? Are they looking forward to the Artemis Fowl movie coming out in August, 2019? If they've read and re-read all seven books in Eoin Colfer's fast paced, high interest story about a twelve-year-old criminal mastermind who goes after a dangerous group of high-tech fairies they're probably looking for books like Artemis Fowl that are just as thrilling. 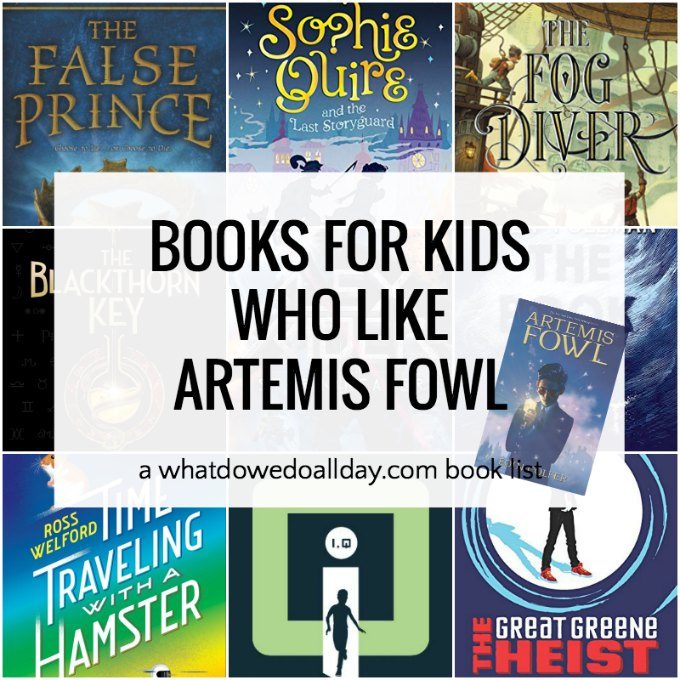 Colfer described Artemis Fowl as “Die Hard with fairies” so I've gathered some titles that include heist plots, spies, undercover missions and science fiction and fantasy mysteries. It was harder to find books with anti-heroes in the mold of Artemis, but the protagonists on this book list will soon become favorites. So kids who are looking for books similar to Artemis Fowl have come to the right place! On this list, I've also included read alikes that are series so kids can keep reading, reading, reading. (Note: book covers and titles are affiliate links.)

The Apothecary (Series) by Maile Meloy. The action is set in 1952 against the backdrop of the cold war. In London, 14 year old Janie befriends Benjamin, the son of a mysterious apothecary. Benjamin wants to be a spy and enlists Janie in his efforts. When his father disappears, Janie and Benjamin get caught up in a plot involving a magical book called the Pharmacopoeia, spells which allow humans to turn into birds, Russian spies, and unbelievable potions. 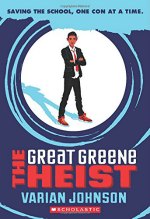 The Great Greene Heist (series) by Varian Johnson. There may not be a science fiction or fantasy element to this story, but kids who are looking for a good heist story will love it. Jackson Green assembles a team of friends to take down a bully at school looking to win a student election. This book has it all! School political shenanigans, a diverse group of protagonists and a clever, twisting plot.

The Fog Diver (series) by Joel Ross. Both my son and I tore through this book. In a world where a deadly fog covers most of the earth, the population lives high on the mountains. A boy named Chess, with fog in eyes, has the uncanny ability to survive in the fog. He and his friends scavenge for goods from past worlds by diving off a floating boat. They are determined to save their adoptive mother, who is suffering from fog sickness but Lord Kodoc is on the hunt for Chess, whose abilities he both fears and desires for his own purposes. This may all sound very melodramatic, but it makes for a very exciting story.

Alex Rider (series) by Anthony Horowitz. Are your kids looking for a James Bond type spy novel series? This is it! So far there are twelve Alex Rider books in the series. In the debut novel, Stormbreaker, Alex is recruited to find his uncle's killers, and the adventure begins! My oldest son loved this series.

I, Q series by Roland Smith is another spy series about a teenage spy that has captivated my older son. While on a music tour with his new, blended family, 13 year old Quest is sucked into a world full of suspicions, bumbling agents, and secret identities. Quest uses his magician and tech skills to find out the truth and foil evil plots.

Sophie Quire and the Last Storyguard by Jonathan Auxier. This is the follow up book to the very popular Peter Nimble and the Fantastic Eyes, and I may have enjoyed it a bit more but then I am partial to a strong heroine. Sophie is a 12-year-old bookmender faced with a government bent on rampant censorship. A mysterious book suggests that Sophie has an important role to play and when Peter and his very odd cat show up she tumbles into a riotous adventure that will keep your kids turning pages well into the wee hours of the night.

The Book of Dust: La Belle Sauvage (series) by Phillip Pullman. This is the prequel to Pullman's His Dark Materials series (The Golden Compass, etc.), but even if your child hasn't read that series, this one will stand on its own. Malcolm Polstead lives in Oxford and is suspicious of the new order around him. When the baby Lyra (the heroine of The Golden Compass) comes to live in the neighborhood priory, Malcom's adventures really take off. This book is just as good as the original trilogy!

Time Traveling with a Hamster by Ross Welford. In this, one of the few children's books with a British Indian protagonist, Al Chaudhury gets a letter and a hamster from his deceased father. The letter tells him to find his father's time travel machine and go back in time to avert a disaster. A fun and suspenseful read, great for any fan of time-travel adventure books.

The Blackthorn Key by Kevin Sand (series).  There is some dark subject matter in this book but it is an incredibly suspenseful and action-packed read aloud for older kids. (On par with some of the darker imagery in the Harry Potter books). Christopher, an orphaned apprentice in 17th century London must solve a complex puzzle surrounding the murders of apothecaries. Despite the seriousness of the plot, the well-drawn characters provide some humor.

The False Prince (trilogy) by Jennifer A. Nielsen. The Kingdom of Farthenwood is in turmoil and a nobleman is determined to pass off an unknown orphan as the missing prince. He brings three boys to train at his estate, promising that the one who best completes the test will have a new life as the ruler of Farthenwood. As a reader, I was constantly on my toes as to the outcome and a surprise twist will leave kids eager to read the next two books.

A Wrinkle in Time (Time Quintet). This classic series hardly needs an introduction. If your kids have read Artemis Fowl, Percy Jackson and other popular fantasy series and they haven't yet read L'Engle's books, give them a copy of this timeless book. 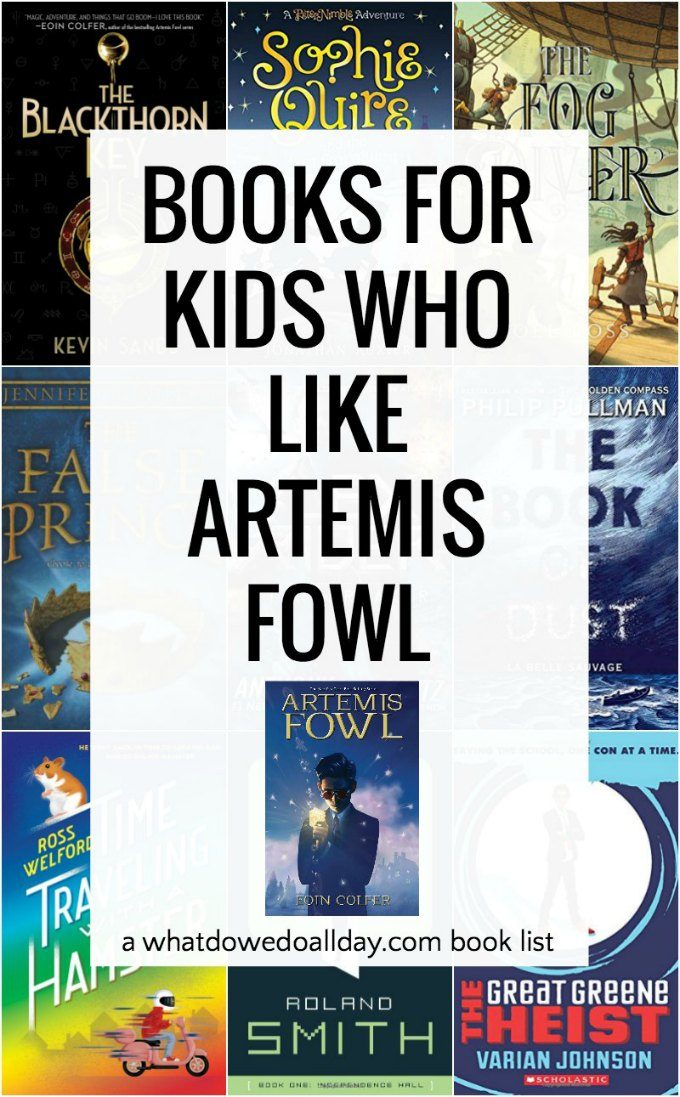 Subscribe to our newsletter and as a thank you, receive 10 waiting games kids can play anytime anywhere.
Your email will *never* be shared or sold to a 3rd party. Click here to view our privacy policy.
« Picture Books to Support Emotional Intelligence
Best Dice Games for Kids: Have Fun and Learn New Skills! »
208 shares