You are here: Home / Books / Picture Books about Lying and Telling the Truth
4084shares

I love finding books that teach ethical lessons without being excessively moralistic and annoyingly didactic. I’ve gathered a few such picture books about lying and telling the truth to help you discuss the importance of honesty with your children. 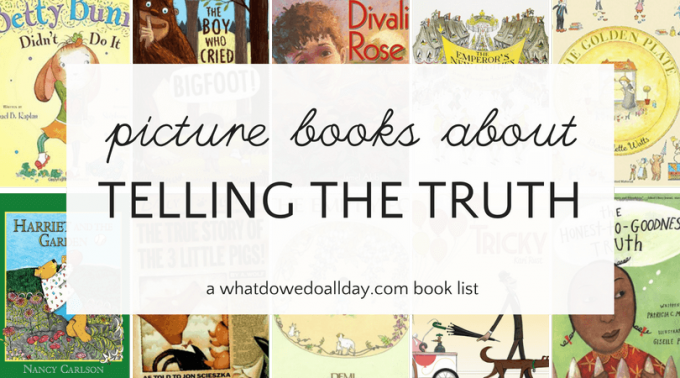 These picture books address a number of issues about honesty that kids will experience, such as the danger of how lies spin can out of control, how to establish truthful relationships with others, and how feelings of guilt can only be relieved by honesty. Several books on the list can be useful books to teach older children about lying and telling the truth, too. But even if you aren’t looking for a “message” book, these picture books are just plain entertaining! (Note: book covers and titles are affiliate links.)

The Lying King by Alex Beard. WOW. This picture book about a ruler who lies and lies and lies is quite the timely tale. It’s told in clever rhymes and depicts how lies snowball and ultimately catch their creator in a trap of his own making. Let’s hope the fate of the lying warthog is a harbinger of things to come. Yet this is also a timeless story is important to share with your children and use as a springboard to discuss the value of truth.

Betty Bunny Didn’t Do It by Michael Kaplan, illustrated by Stéphane Jorisch. Betty Bunny breaks a lamp and blames it on the Tooth Fairy! Suddenly Betty Bunny decides that blaming her errors on others is a great idea. Why hadn’t she thought of this before? When questioned by her mother, she admits to telling an “honest lie.” But when someone breaks a vase, Betty learns a valuable lesson when she gets the blame, even though she didn’t do it.

The Empty Pot by Demi. This is a great book to teach kids about honesty and integrity. Ping loves to garden, and grows the most beautiful plants and flowers. An aging emperor with no heirs proclaims that the child who grows the most wonderful flower will succeed him. He gives every child a seed, but Ping is distressed because even after a year, his seed has not sprouted. He takes his empty pot to the emperor, who reveals the truth behind the barren pot. A good book for older children, too.

The Boy Who Cried Bigfoot by Scott Magoon. This is a fun twist on the classic truth morality tale, “The Boy Who Cried Wolf.” I love the fact that the narrator is Bigfoot who describes the tenacious Ben and his failure to establish trust with others when he falsely tells people about a Bigfoot sighting. Of course when Bigfoot proves to be real and rides off on Ben’s bike, Ben must find another way to prove that he is now telling the truth.

The True Story of the Three Little Pigs by Jon Scieszka, illustrated by Lane Smith is a very funny fractured fairy tale narrated by the wolf who insists that he’s not the bad guy. He claims that he is not to blame and everything that happened to the pigs is simply based on a huge misunderstanding… and his allergies. There are very few children’s picture books in which the narrator is untrustworthy and it is an great exercise in storytelling to read this book with an older child, who will be able to see the irony which a 3 year old will miss.

A Day’s Work by Eve Bunting. Mexican-American Francisco helps his grandfather find work. His grandfather has just immigrated and speaks no English. Francisco lies about his grandfather’s gardening experience to get him some work, but in the end his grandfather teaches Francisco a valuable lesson about honesty. Bunting’s book is a great read aloud choice for older children as there is much to discuss about character, integrity, and making truthful choices.

Harriet and the Garden by Nancy Carlson. During a game of baseball, Harriet accidentally tramples Mrs. Hoozit’s prize flowers. Feeling guilty and upset, she is too fearful to tell the truth at first and runs away. However, her conscience nags at her and she learns a good life lesson when she finally comes clean.

The Honest to Goodness Truth by Patricia C. McKissack, illustrated by Giselle Potter. I found several books along theme of “brutal honesty is not always the best policy,” but I think I like this one best. When Libby gets caught in a lie by her mother, she decides to tell only the whole truth from now on. But Libby’s honesty makes others feel slighted and turns her friends away. When someone does the same to her, Libby realizes her mistake and apologies to her friends. A great book about how to be truthful without hurting others.

The Golden Plate by Bernadette Watts. Isobel loves playing with her friend Elisabeth’s dollhouse. One day she secretly takes a little golden plate from the house. But her conscience nags at her, making her unhappy and she confesses to her mother. I like the way the story emphasizes how good it makes Isobel feel to finally tell the truth.

The Emperor’s New Clothes by Hans Christian Andersen, illustrated by Virginia Lee Burton. This classic fairy tale about a pompous emperor and his comeuppance is always entertaining, but it will also inspire children to consider how our own behavior may affect whether or not others want to tell the truth.

Tricky by Kari Rust. Duke and his dog, Tricky, lie, cheat, steal and play nasty pranks on people. Everyone in town knows about them and dislikes them. Ms. Paisley moves to town and doesn’t know about Duke and Tricky so she offers Tricky a treat which makes his heart start to grow and soon Duke and Tricky realize the errors of their dishonest way. 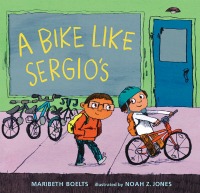 A Bike Like Sergio’s by Maribeth Boelts, illustrated by‎ Noah Z. Jones. Ruben desperately wants a bike just like all his friends but his family doesn’t have a lot of money. One day he finds what he thinks is a dollar bill. It turns out to be a hundred dollar bill. Ruben faces a dilemma about honesty but in the end he realizes he must do the right thing.

Princess K.I.M and the Lie That Grew by Maryann Cocca-Leffler. There are two Princess Kim books. In the first, Princess Kim and Too Much Truth, Kim learns the difference between integrity and how offering up too many honest opinions can be hurtful. In the next book, Kim discovers that telling a lie can quickly spin out of control and get one in trouble.

Divali Rose by Vashanti Rahaman, illustrated by Jamel Akib. Ricki lives in Trinidad and he is eagerly awaiting the Hindu festival of lights, Divali. He accidentally breaks off one of his grandfather’s beautiful roses and he is fearful of owning up to his mistake. His grandfather blames the new, immigrant neighbors. This is a great book to spark a discussion not only about honesty, but misplaced blame and jumping to prejudiced conclusions.

Picture books about generosity and doing the right thing 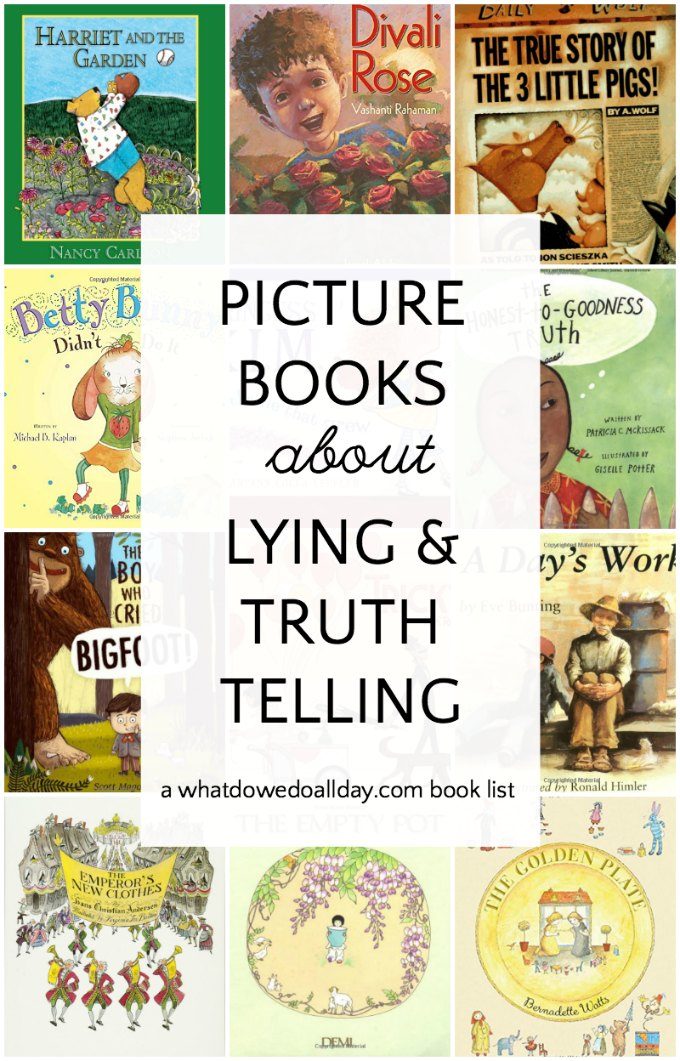 Subscribe to our newsletter and as a thank you, receive 10 waiting games kids can play anytime anywhere.
Your email will *never* be shared or sold to a 3rd party. Click here to view our privacy policy.
4084shares
« Classic Children’s Books By The Decade: 1990s
Tapatan: A Brain Boosting Twist on Tic-Tac-Toe »