My grandparents believed that owning a deck of standard playing cards would tempt the owner into a life of sinful gambling. You should definitely start praying for me because I own about a dozen decks. Those playing cards come in handy when my kid requests we play his favorite new card game, GOLF, 200 times in a row. We LOVE easy card games!

The Golf card game, also known as Nine Holes, or Crazy Nines, or sometimes Six Card Golf is a huge hit in our house and so far our family has resisted the shackles of major vice, and I’m guessing yours will, too–no matter how many decks of cards you own. 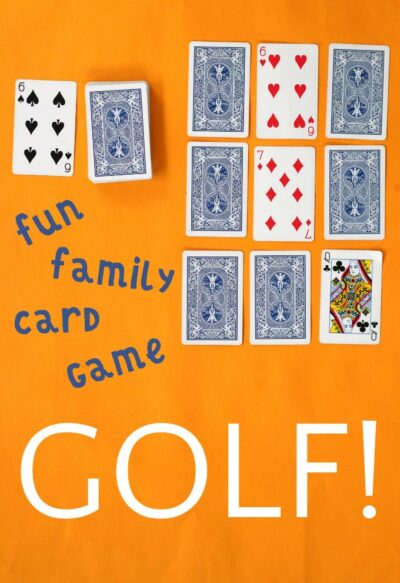 I’ve seen several variations of this game and I will first share the instructions we have been using. This variation is perfect for two players and one deck of cards. I’ve seen Golf card game rules that call for two decks, but we’ve only ever used one and it works just fine. (This post contains affiliate links.)

To begin: acquire a deck of standard playing cards.

Objective: to earn the lowest score

Deal 9 cards to each players. Place the remaining stack in the middle of the table, turn the top card over and place face up to start the discard pile.

Players arrange their nine cards, face down, in a 3×3 grid. Choose any three cards and turn them over, face up. 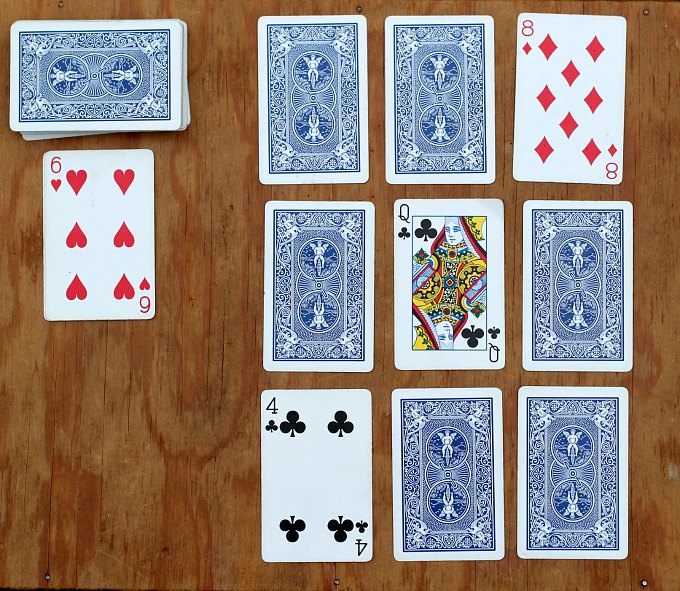 Opening layout for player one.

If a player turns over two cards of the same value (for example, two tens), he can move one so that both cards are in the same row or column in order to aim for a triple (explained below). 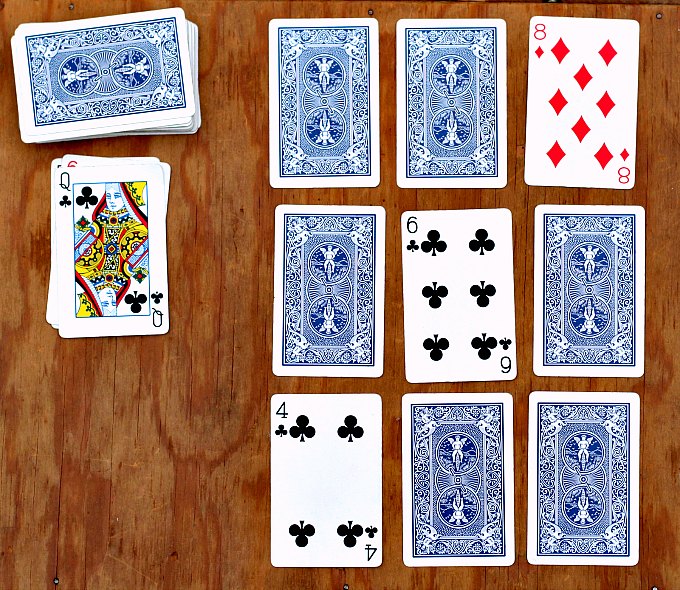 The player drew a 6 and replaced her queen. The queen is discarded. 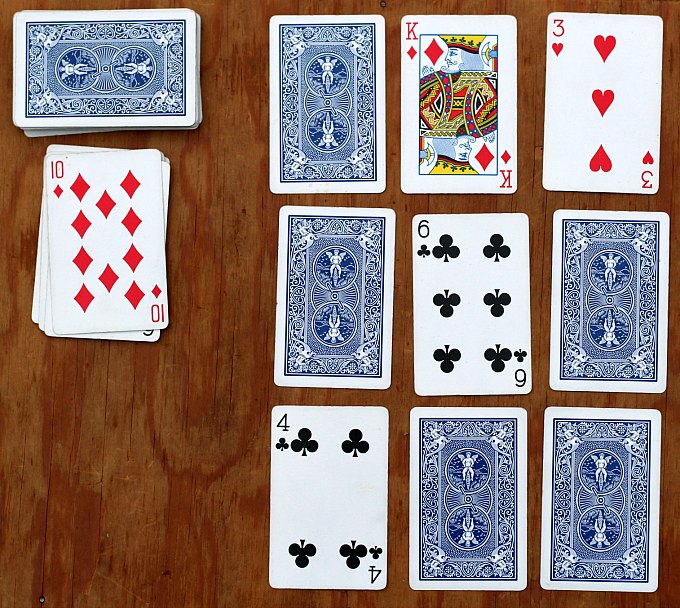 Player has replaced the 8 with a 3, and after drawing a King, she replaced a face down card, which turned out to be a 10. The 10 is discarded and the King stays face up.

The round ends when one player has all nine cards face up. Then each player gets to draw one more card in turn before tallying points.

Normal game play is nine rounds. At the end of nine rounds the cumulative score is tallied and the player with the lowest score wins. 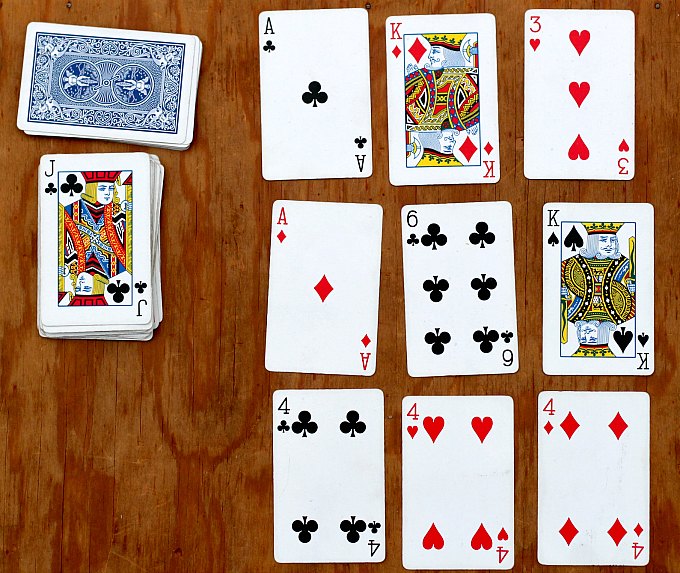 You may run out of cards before one player has completely turned over their cards. No problem! That ends the round, and everyone reveals their cards and tallies up the points.

You may replace a card as many times as you like.

We have played with three players and one deck. The deck inevitably runs out before any player has completely turned over their cards. This is fine for us, but alternatively you may choose to play with two decks of playing cards.

For 4 or more players, use two decks of cards.

Golf, or Nine Holes card games can also be played with six cards per player instead of nine. In this case players arrange two rows of three cards face down and turn the middle two cards face up at the start of the game. Instead of aiming for a triples, two matching cards (one in the top row and one in the bottom row, same column) will earn 0 points.

A single round is quick. Most of the time we simply play round by round instead of playing all “nine holes.”

More card games with a standard deck we love:

Subscribe to our newsletter and as a thank you, receive 10 waiting games kids can play anytime anywhere.
Your email will *never* be shared or sold to a 3rd party. Click here to view our privacy policy.
23307shares
« Heart Tessellations: Three Lovely Different Math Designs
Heart Geometry Puzzle to Make Your Kids Love Math! »