×
You are here: Home / Gift Guides / Best Nonboard Board Games for Kids and Families
1046 shares

It's not always easy finding a board game the whole family will enjoy. And some people simply groan at the idea of a board game in which players simply move their pawns around a maze towards an elusive goal. I'm calling these games "nonboard board games" and they are terrific choices for kids and families who want to play games but need something a bit more unique than checkers and Candy Land to inspire them. 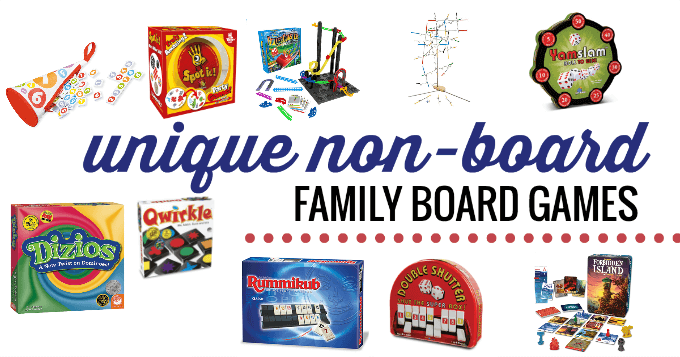 We own all of these nonboard games (except one, which we've played elsewhere) I am heartily recommending them based on our experience playing games. Many of them are very popular games with a long track record and most have also won awards, so they make great gifts. I am confident other families will love these "nonboard board games!" (Note: Game images and title links are affiliate links.)

Roller Coaster Challenge Logic & Building Game. ThinkFun sent us this game to try out and my sons loved it. Using challenge cards, players engage their logic skills to finish a roller coaster. It is primarily designed as a single player game, but we enjoyed playing it as a family, taking turns and helping each other out. This is an excellent choice if you are looking for a game that builds on S.T.E.M. skills, especially engineering and design.

Forbidden Island. My kids adore this game for it's unique challenges. I love it because it is a cooperative game so everyone practices working together for a common goal. Players work as a team to capture the four treasures and escape the island before it sinks. Island cards are arranged in a grid and pawns move from tile to tile performing actions like shoring up the island against flooding, uncovering clues and rescuing other players. Don't miss the companion games, Forbidden Desert and Forbidden Sky!

Sumoku. Sumoku is what you get when you merge sudoku, a crossword puzzle, Qwirkle, Scrabble, and arithmetic. Yes, I know. That description sounds AWESOME, right? The instructions include five different versions so you won't get bored. Players create rows of numbers in which the sum totals a multiple of the key number, determined at the beginning of the game. Players then take turns adding on to the rows in a manner similar to Scrabble.

See more of our favorite math games for kids.

Qwirkle. Qwirkle looks a bit like a cross between dominoes and Scrabble but the rules are quite different. Players take turns trying to create "qwirkles," sequences of six tiles all sharing at least one attribute—color or shape. You win points along the way based on the positioning of your tiles. This is one of the most popular family games ever and has won several awards, including the Mensa Select Award. It was also our game of the month!

Suspend. This fun balancing game is very suspenseful! Players take turns trying to add sticks to a pedestal without tipping the structure over! This game is excellent for building concentration skills and requires a lot of patience. If you like Jenga, Suspend is a fun alternative.

Spot It. This very popular game of visual perception is great to have on hand when you are on the go. There are several variations so players don't get bored and children of all ages can participate. Players race to be the first person to spot which cards have the same object. It sounds simple, but it's not as easy as it looks! As this game has increased in popularity, the creator put out new themed versions so there is something for everyone. Spot It is also an excellent travel game.

Double Shutter. This can be played with multiple players or as a solitaire game. In fact, it is quite addictive! Players must roll the dice in order to flip down the numbers in the "super box". But if they don't strategically choose which numbers to flip, they might be shut out! It's an excellent way of learning how different combinations of numbers can be added to produce the same sum. It also teaches logical and strategic thinking.

Rummikub. This game has been a huge hit in our home. It is actually one of my all time favorites. As in the classic Rummy card game, the object of Rummikub

is to use up your "hand" (in this case, tiles instead of cards) by creating numbered runs and sets. Players can strategically reorganize the tiles already out on the table in order to play the tiles in their hand. The first player to use up his tiles wins the round, amassing points based on the tiles left in the other players' hands.

Yamslam is a fun twist on Yahtzee, but in my opinion much less aggravating and much better for children. Players get 3 tries in an attempt to roll a scoring hand. Instead of keeping track with a score pad, players collect chips. It is one of my youngest child's favorite games! 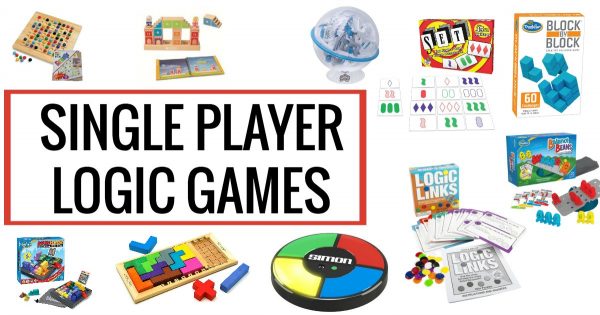 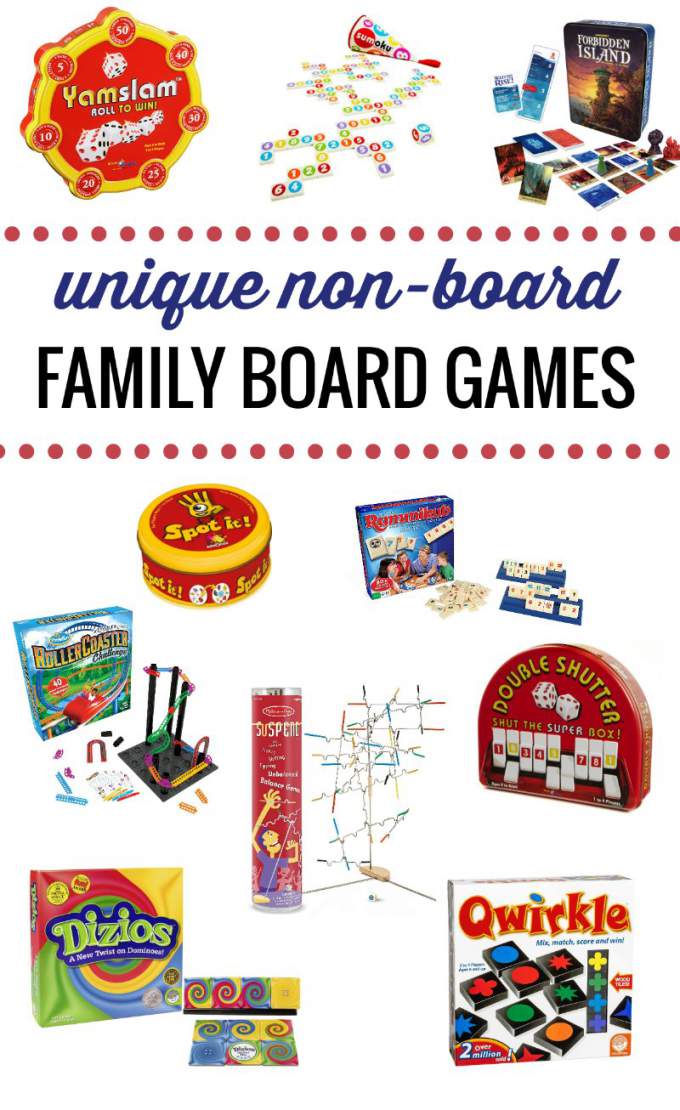 Subscribe to our newsletter and as a thank you, receive 10 waiting games kids can play anytime anywhere.
Your email will *never* be shared or sold to a 3rd party. Click here to view our privacy policy.
« Funny Christmas Books for Kids
LEGO Menorah: Have a Creative and Flameless Hanukkah »
1046 shares