×
You are here: Home / Learn / Math Activities / Math Card Game that Takes the Sting out of Fractions

My oldest son loves any game that involves mathematics, and when he was younger her loved playing math card games like Tens Go Fish  and Make Ten.  When he started learning fractions we started playing a fraction-reduction card game.  This math card game teaches kids about fractions by helping them learn and recognize which fractions can be reduced. Since fraction reduction involves division, it also helps them practice simple division skills. Win-win. 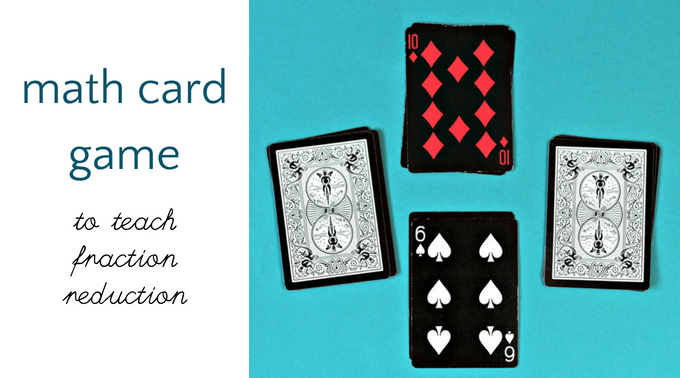 A card game is a great way to approach learning about fractions. By taking the pencil and paper away and focusing on having fun, children who might have anxiety over math can relax a bit. And can I admit, it's a great way for a parent to refresh her math skills as well? Ahem.

Are you ready to play?

1. Shuffle cards and deal out the entire deck between 2 players, face down.

2. Each player turns over his or her top card and places it in the center of the table. The numbers create a fraction, with the smaller card as the numerator and the higher number as the denominator. (Aces count as 1) For example, if the cards are 4 and 8 the fraction is 4/8, no matter who has the 4 and who has the 8.

3. As soon as the cards are revealed, players attempt to quickly determine if the fraction can be reduced. For example 4/8 can be reduced to ½.

5. If the fraction can not be reduced, players continue to add new cards until a they form a new fraction that can be reduced. The player who wins that hand gets to keep the top cards as well as the piles that have accumulated.

6. When one player has collected all the cards, the game is over.

Determine ahead of time if a player can slap the cards either when he recognizes a fraction can be reduced or not until he figures out the reduced fraction.

Since the purpose of playing the game was to practice reducing fractions, it made sense for me to let my son take his time to figure out the reduced fraction after he slapped the cards, I let him take as much time as he needed to figure out that 4/8 = ½ after slapping the cards. He got a big smile on his face every time he recognized a reduce-able fraction before I did. That gave him confidence and the perseverance to keep going.

Fiverton, aka "Five or Ten"

Another fraction game with printable 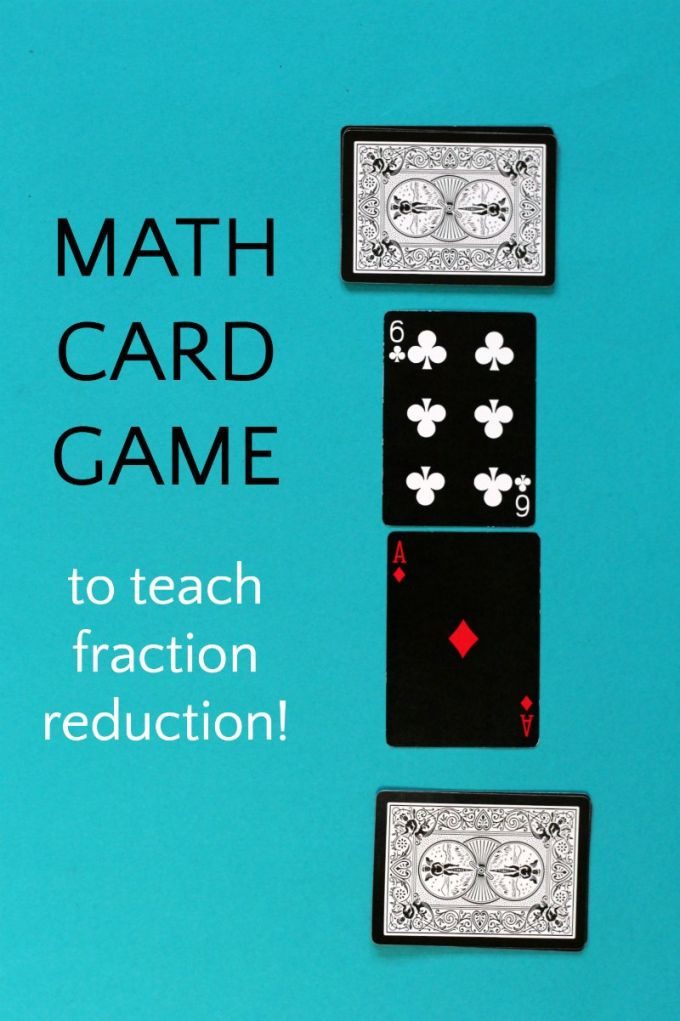 Subscribe to our newsletter and as a thank you, receive 10 waiting games kids can play anytime anywhere.
Your email will *never* be shared or sold to a 3rd party. Click here to view our privacy policy.
« September Read Alouds that Will Power Up Your Fall
Early Chapter Book Mysteries That Will Turn Your Kids into Voracious Readers »
1459 shares