Judging by my 14 year old, teenagers usually prefer to chose their own books. This is understandable. When I was headed off to high school, I wouldn’t have wanted my mom to hand me a 9th grade summer reading list. Nevertheless, I made one anyway, ha ha ha! If you’ve already been looking for a list of good books for 9th graders you’ve probably noticed that high school summer reading lists focus either on classics or dystopian fiction. I wanted to do something different! 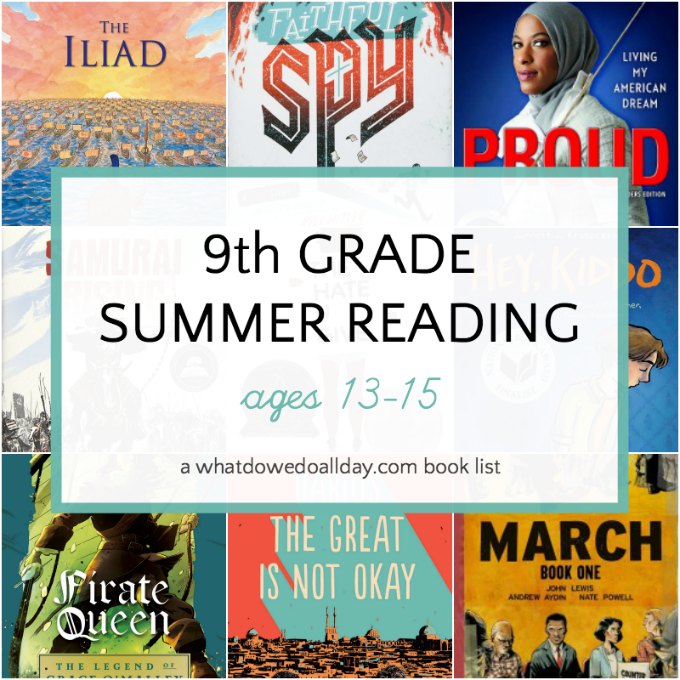 I’ve put three types of books on this list: contemporary fiction and nonfiction, historical fiction and nonfiction, and graphic novels. There’s even one adaptation of a classic book but it’s not for the purists out there. Most of these books are considered YA (Young Adult), and if subject matter is a concern to you, I encourage you to look at the books yourself, first. I no longer try to be a gatekeeper for my teen’s reading, but not every parent is the same. (Note: book covers and titles are affiliate links.)

The Curious Incident of the Dog in the Nighttime by Mark Haddon. My oldest son and his friend both read and enjoyed this book about an autistic boy who struggles to understand human emotions and sets out to solve the mystery of what happened to a neighborhood dog. A unique and intriguing book, written for and adult audience, will also be enjoyed by high schoolers.

The Hate U Give by Angie Thomas. You’ve most likely heard of this fantastic best-selling and highly-acclaimed novel by now. Starr, the 16 year old protagonist navigates life between her poor neighborhood and her upscale prep school but things become even more tense when her friend, Khalil, is fatally shot by the police. Starr’s first person narrative is riveting; this is a must-read book. 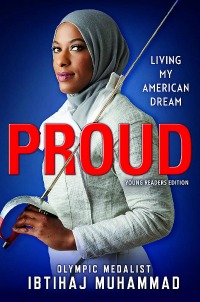 Proud: Living My American Dream by Ibtihaj Muhammad. In her autobiography, Muhammad narrates her journey from childhood to the 2016 Olympics, where she became the first woman to compete in fencing wearing the hijab and the first female American Muslim to medal. Muhammad’s story of perseverance will inspire your young teen. Note: this is the Young Readers Edition; advanced readers may prefer Muhammad’s original autobiography. 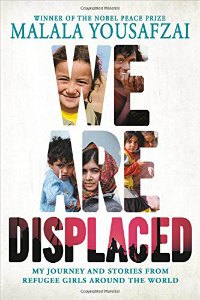 We Are Displaced: My Journey and Stories from Refugee Girls Around the World by Malala Yousafzai.  Yousafzai has gathered together first person narratives from refugee girls in this powerful and incredibly moving collection. The stories are not easy to read, but they are important and urgent. Your teen will gain insight into the refugees’ struggles and heartbreak as well as their hope.

Darius the Great is Not Okay by Adib Khorram. Darius’s father is white, his mother is from Iran. At school, he is bullied and struggles with depression. When he goes on a trip to Iran to visit his ill grandfather he doesn’t think he will fit in there either. This is a powerful book about finding your place, learning the meaning of true friendship and having confidence in yourself.

The Book Thief by Markus Zusak. My older son read this book for school and loved it. He kept telling me how great it was and wanted to make sure I read it, too! Set in 1939 Germany it tells the tale of Liesel Meminger, who has lost her family comes to Munich to live with a foster family. The story is narrated by Death, an intriguing conceit. A tale set during the horrors of war can’t help but be dark but this novel is a page turner that will have your kids up all night, like it did mine. 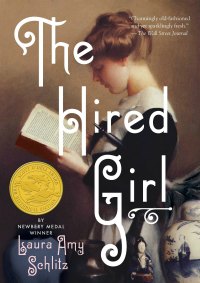 The Hired Girl by Laura Amy Schlitz. 14 year old Joan escapes her abusive father and gets a job as a maid in a Jewish household in early 20th century Baltimore. Schlitz tells the story through Joan’s diary. Joan dreams of all that she can become if she can get away from farm life and work hard cooking and cleaning. She immerses herself in doing excellent work for her employers but her determined, naive, and optimistic nature sometimes gets her into difficulty. Nevertheless, she befriends the daughter, falls in love with the son, and is educated by the father, as she explores religion, feminism, art, wealth and a myriad of other profound and mundane topics. Joan’s voice is amusing, intelligent and entertaining.

Samurai Rising: The Epic Life of Minamoto Yoshitsune by Pamela S. Turner. This is a gripping biography, but I won’t lie, there are A LOT of people who die unnatural deaths. Minamoto Yoshitsune was a 12th century samurai warrior who, after the murder of his father, grows up amongst the monks at Kurama Temple. With stunning grit and daring ingenuity Yoshitsune eventually becomes a warrior who is both admired and feared. Yes, there are a lot of gruesome details in this book, so perhaps it is not for sensitive souls. However, if you have a teen who loves Japanese or military history, this is a stirring narrative. 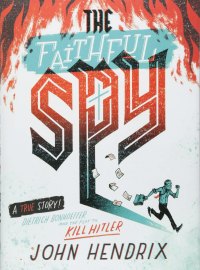 The Faithful Spy: Dietrich Bonhoeffer and the Plot to Kill Hitler by John Hendrix. What I love about this book is that is so visually appealing that even young teens who think they don’t like history will be sucked into the story. The mix of informative graphics, illustrations, lots of empty space, and the limited color palette blend perfectly with the engaging text and biography of a fascinating individual during a harrowing and suspenseful time. In fact, I bet parents will want to read this book themselves!

March (trilogy) by John Lewis and Andrew Aydin. Lewis, a congressman from Georgia is one of our greatest heroes of the Civil Rights Era. This graphic novel trilogy is Lewis’ first hand account of his experiences during the civil rights movement. Lewis provides many personal details and focuses on the non-violent philosophy of the movement. Superb.

The Iliad adapted by Gareth Hinds. I wish I had this graphic novel adaptation instead of the terrible translation I read in 9th grade English class. Most likely your high schooler will encounter Homer’s works in the next few years, give them a head start by showing them how enjoyable the stories actually are. Hinds has a number of graphic novel adaptations of classics, all great for summer reading!

Pirate Queen: The Legend of Grace O’Malley by Tony Lee. Here’s a fun, rousing tale of a 16th century heroine who wanted to keep the English from invading Ireland. Better than an action movie by far, this book takes readers on a high-stakes adventure in which Grace skillfully wields a sword and sails the high seas in battles against the enemy.

Hey Kiddo by Jarrett J. Krosoczka. This is a sensitive and urgent graphic novel memoir about the author’s experience growing up. His mother is an addict, his father is not unknown and so he lives with his grandparents. Krosoczka draw a picture of a childhood that is both chaotic and warm. Through the experience Krosoczka learns how to find his way and express himself through his art. Readers will be intrigued reading the memoir of the author who wrote such books as Lunch Lady and Jedi Academy.

Subscribe to our newsletter and as a thank you, receive 10 waiting games kids can play anytime anywhere.
Your email will *never* be shared or sold to a 3rd party. Click here to view our privacy policy.
1729shares
« 3rd Grade Summer Reading List (Ages 7-9)
Cute Memorial Day Coloring Page: A Parade and Celebration »